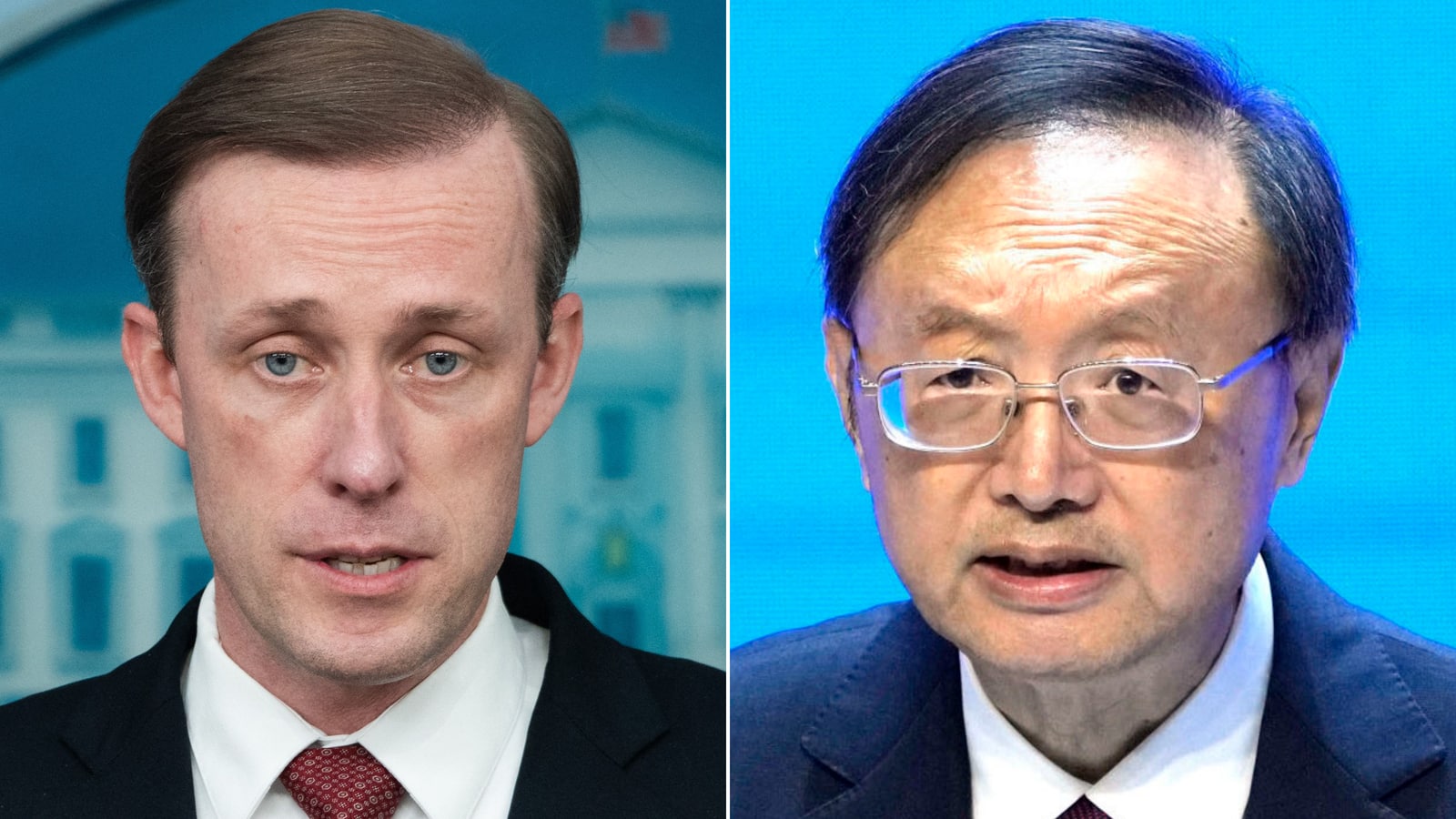 The Chinese state media report provided no further details on Monday’s meeting, including the exact timing, what was discussed and whether the meeting had concluded.

Experts say the meeting between senior American and Chinese officials could have far-reaching consequences not only for the ongoing war in Ukraine, but for China’s role in the world and its relationship with the West. The meeting has also taken on additional urgency as concerns grow in the West that Beijing is not only siding with Russia by not condemning its aggression in Ukraine but could take further steps to aid its strategic partner.

A senior US official told CNN Sunday that Moscow has asked Beijing for military assistance in Ukraine, including drones. Such aid, while providing a significant boost to Russia, would pose an enormous risk for China, which has so far sought to portray itself as a neutral actor in the conflict.

China has denied it was asked by Russia for military equipment or other assistance to support its war in Ukraine. Kremlin spokesperson Dmitry Peskov on Monday also denied allegations Russia requested military assistance in Ukraine from China.

Pointing to reports that Russia asked China for military help, Richard N. Haass, president of the Council on Foreign Relations, said such a choice would be a “defining moment” for China and the 21st century.

“To do so (provide support) means China would open itself to substantial sanctions and make itself a pariah; to refuse would keep open the possibility of at least selective cooperation with US and West,” said Haass, writing on Twitter.

Russia has also asked China for economic support, according a US official familiar with the matter. That request and the one for military support came after Russia’s invasion of Ukraine had occurred, said the official, who declined to detail the Chinese reaction, but indicated Beijing had responded.

Sullivan told Dana Bash on CNN’s “State of the Union” on Sunday that the US was “watching closely” to see whether China provides any support to Russia.

“It is a concern of ours. And we have communicated to Beijing that we will not stand by and allow any country to compensate Russia for its losses from the economic sanctions,” Sullivan said.

The potential economic risk associated with support for Russia is unlikely to be lost on Chinese leader Xi Jinping, who is widely expected to secure a historic third term in power during the Communist Party’s 20th National Congress in Beijing this fall.

During such an important year, the Chinese government will be wary of becoming entangled in Western sanctions, which could be a blow to its economy — during a time when Beijing has already set the lowest official target for economic growth in three decades.

A group of prominent China specialists in the US on Friday called for Washington keep the door open for diplomacy with China and “impress on Beijing that its long-term interests will not be best served by tying itself to a pariah” such as Russia that is reviled by most of the Western world.

When asked whether Russia had asked China for military assistance, Foreign Ministry Spokesperson Zhao Lijian on Monday called the claims “disinformation” peddled by the US against China “with sinister intentions.”

“China’s position on the Ukraine issue is consistent and clear, and we have been playing a constructive role in promoting peace talks. It is imperative for all parties to exercise restraint and cool down the tension, rather than adding fuel to the fire; it’s important to push for a diplomatic solution, rather than further escalating the situation,” Zhao said at a regular press briefing.

Monday’s meeting between Yang and Sullivan is seen by both sides as furthering a move toward better communication laid out by Xi and US President Joe Biden in their summit late last year.

The two sides will discuss “ongoing efforts to manage the competition between our two countries,” as well as “the impact of Russia’s war against Ukraine on regional and global security,” US National Security Council Spokesperson Emily Horne said in a statement on Sunday.

Zhao, the Chinese Foreign Ministry spokesman, did not mention Russia or Ukraine in a statement about the meeting posted online on Sunday, but noted that the two sides would “exchange views on China-US relations and international and regional issues of common concern.”

The “key issue” of the meeting would be to implement the “important consensus” reached by Xi and Biden in their virtual summit, according to Zhao, adding that the two sides have been coordinating the meeting since late last year.

Sullivan and Yang, who is director of the Office of the Foreign Affairs Commission of the Central Committee of the Communist Party of China, last met in Zurich in October for a meeting preceding the Xi-Biden video summit.

That summit was widely viewed as a bid to reset the tone of relations between the two global powers, and became an opportunity for both sides to express their interest in bolstering communication to better manage a relationship that has been riddled with tensions over trade, technology, and China’s human rights record.

But some four months later, Russia’s invasion of Ukraine has become a pivotal international issue, bolstering the coordination and solidarity between the US and its allies and also throwing into the spotlight the divergent approach from China.

China sought to portray itself a neutral party, often stressing that “all countries’ legitimate security concerns” should be addressed,” but its decision not to go along with a raft of sanctions leveraged by the US and its allies against Russia, and its amplification of Russia misinformation, risk placing it at further odds with the West.

This story has been updated with additional developments.