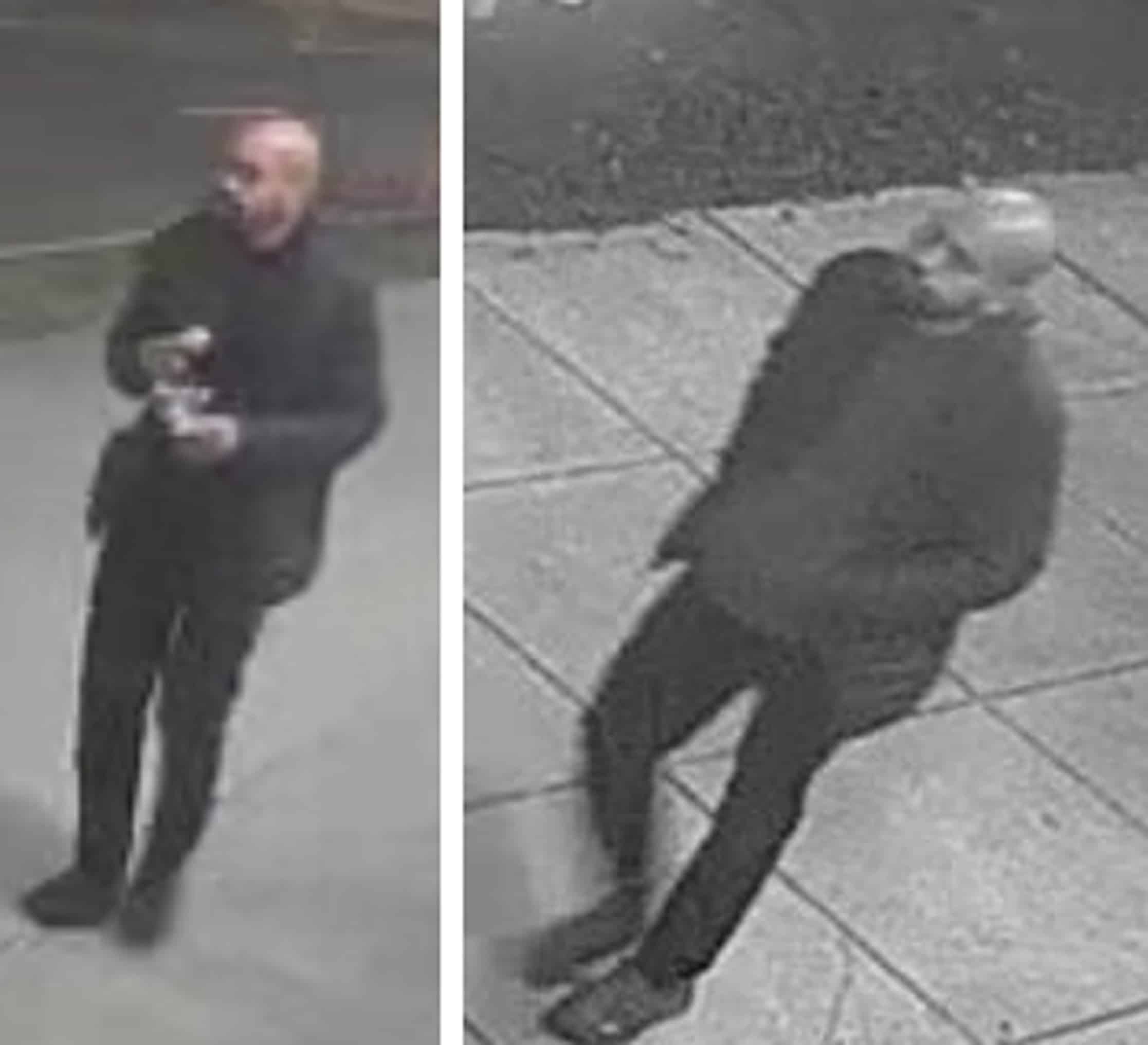 (CNN) — A series of shootings targeting sleeping homeless men in New York City and Washington, DC, over the past two weeks were carried out by a single suspect who remains at large and is the subject of an “urgent” manhunt, officials said Sunday.

The mayors of both cities issued a joint statement Sunday saying there was a “cold-blooded killer on the loose.” The agencies also released surveillance photos of the suspect, and each police chief pledged to catch him.

“Our homeless population is one of our most vulnerable and an individual preying on them as they sleep is an exceptionally heinous crime,” said NYPD Commissioner Keechant Sewell. “We will use every tool, every technique and every partner to bring the killer to justice.”

The five shootings took place between March 3 and March 12 and left two men dead, the New York Police Department and Washington’s Metropolitan Police Department said in the joint statement. Each shooting took place in the middle of the night and targeted men experiencing homelessness, authorities said.

The NYPD and MPD cited similar circumstances and characteristics in each shooting and recovered evidence as the basis for the joint investigation. The agencies are working with the Bureau of Alcohol, Tobacco, Firearms and Explosives on the investigation and have offered a combined $55,000 for information leading to the arrest of the suspect.

Three of the shootings took place last week in Washington, followed by two further shootings in New York this weekend.

The first shooting happened around 4 a.m. on March 3 in the 1100 block of New York Avenue Northeast, the MPD said in an earlier statement Sunday. Officers responded to a call of shots fired and found a man suffering from apparent gunshot wounds. He was treated at a hospital for non-life-threatening injuries, the statement said.

The second shooting was reported around 1:21 a.m. on March 8 in the 1700 block of H Street Northeast, MPD said. Officers found another man suffering from apparent gunshot wounds and he was taken to the hospital with non-life-threatening injuries.

Then, around 2:54 a.m. on March 9, an MPD member noticed a fire in the 400 block of New York Avenue Northeast and a man’s remains were discovered after the flames were extinguished. The cause of death was determined to be multiple stab and gunshot wounds, police said.

On Saturday, the NYPD said an armed suspect had opened fire on two apparently homeless people who were sleeping on the streets of New York City, killing one and wounding the other.

The shootings happened about 90 minutes apart in Lower Manhattan and were caught on surveillance cameras, the department said.

Video of the first shooting shows a man who appeared to be homeless sleeping near the corner of King Street and Varick when an unknown suspect approached and shot him in his forearm, NYPD Deputy Chief Commanding Officer Henry Sautner said during a news conference Saturday. The man woke up and shouted, “What are you doing?” at the shooter, who then ran away, Sautner added.

Police were called to the scene around 4:30 a.m. Saturday and the 38-year-old victim was taken to a hospital for treatment.

Later Saturday, investigators became aware of a second shooting outside 148 Lafayette Street. Officers found a man in a sleeping bag with gunshot wounds to his head and neck, and he was pronounced dead at the scene, Sautner said. Surveillance video shows a suspect approaching the sleeping victim around 6:00 a.m. and discharging a weapon, Sautner said.

In their joint statement Sunday, New York Mayor Eric Adams and Washington Mayor Muriel Bowser called the shootings “heinous crimes” and called on residents to report any information that could help the investigation.

“The work to get this individual off our streets before he hurts or murders another individual is urgent. The rise in gun violence has shaken all of us and it is particularly horrible to know that someone is out there deliberately doing harm to an already vulnerable population,” they said.

The mayors also called on residents who are homeless to seek shelter.

“It is heartbreaking and tragic to know that in addition to all the dangers that unsheltered residents face, we now have a cold-blooded killer on the loose, but we are certain that we will get the suspect off the street and into police custody,” they said.

“This was an intentional murder. This individual approached the two men, one at a time, you see him looking around, making sure no one was around, kicking the homeless person to make sure they were not asleep and just assassinated him,” Adams said at a separate news conference Sunday. “It was just something you would not imagine would take place in our city,” he added.

The shootings come as the NYPD grapples with upticks across every major crime category in the city. Major crimes spiked nearly 60% in February compared to the same month in 2021, police data showed.

New York City recorded a 41% increase in overall major crime through the first months of 2022 compared to the same period last year, including a nearly 54% increase in robberies, a 56% increase in grand larceny incidents and a 22% increase in rape reports, the data shows.

Murders increased by 10%, while citywide shooting incidents decreased by 1.3%, with 77 incidents in February 2021 and 76 incidents last month, NYPD data shows.

Those living on the streets in New York “are far more likely to be victims of violent crime than perpetrators,” the Coalition for the Homeless said in a statement Sunday.

City officials are working to get homeless individuals into shelters, Adams said Sunday.

“We’re also mobilizing on the streets to notify our homeless to try and get them in shelters, those who want to do so,” Adams said. “Being homeless should not turn into a homicide and I want to catch this guy bad.”

Top US and Chinese officials hold high-stakes meeting in Rome

Citi expands its exit from Russia

Rape, 2 stabbings on SEPTA over the weekend under investigation

Body of a Texas National Guard member found, identified 3 days after he tried to pull migrants from the Rio Grande River