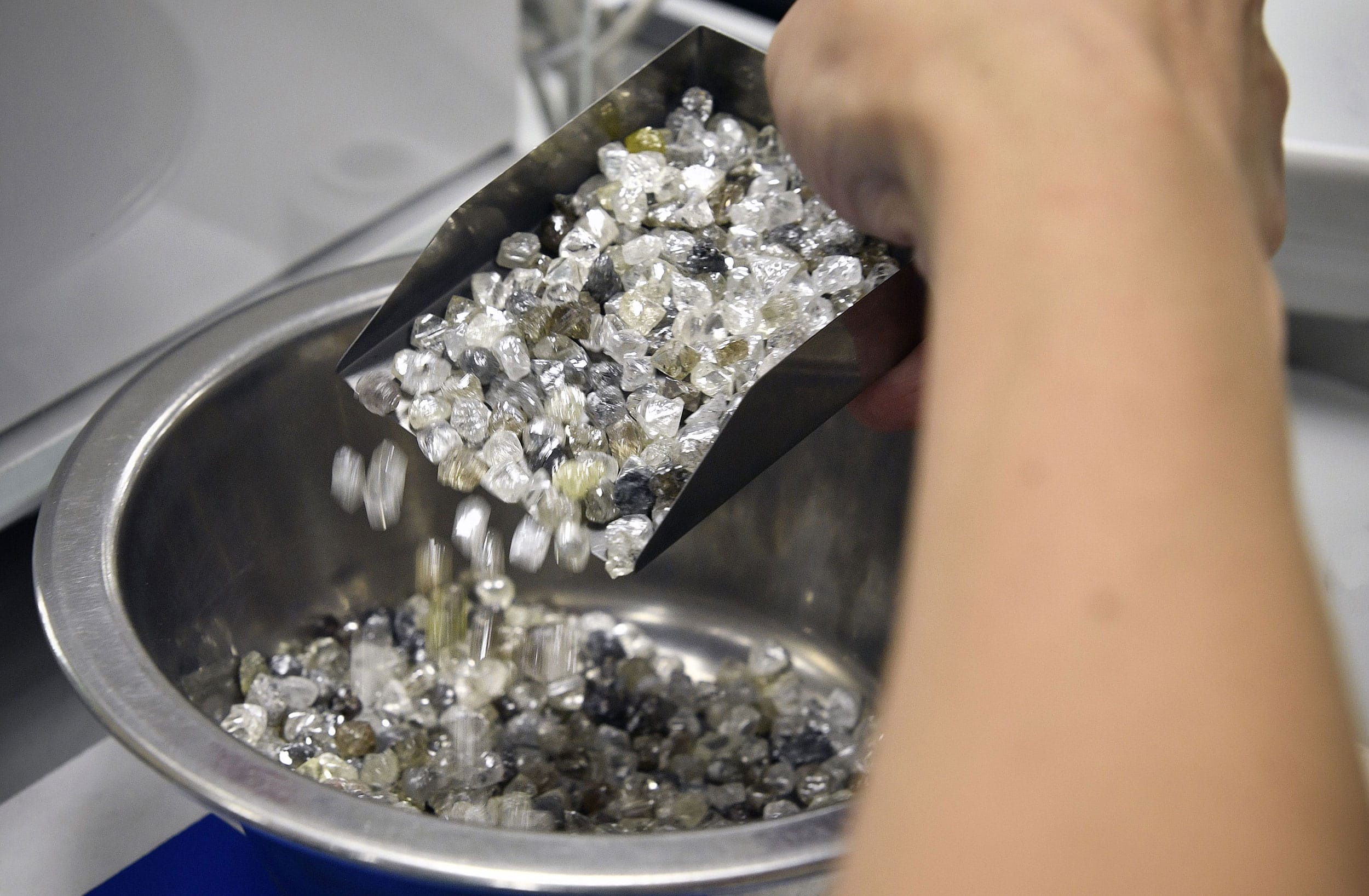 (CNN) — Far-reaching global sanctions against Russia for its invasion of Ukraine are affecting the global supply of a precious commodity — the diamonds used in jewelry.

The ban directly targets Alrosa, which the US government identified as the world’s largest diamond mining company, responsible for 90 percent of Russia’s diamond mining capacity and accounting for 28%, or nearly a third, of global diamond output.

In 2021, Alrosa supplied 32.4 million carats of diamonds. Alrosa is partly owned by the Russian government and its shares trade on the Moscow Stock Exchange.

“This is a very big deal and a once-in-a-lifetime situation for the diamond industry,” said Tiffany Stevens, CEO and general counsel of the Jewelers Vigilance Committee (JVC), a 105-year-old non-profit that advocates for the US jewelry industry and provides legal education and compliance guidance to its 600 individual members.

On Friday, JVC advised its members that any US business purchasing diamonds directly from a Russian company should immediately halt the transactions. The warning specifically mentioned Alrosa and Alrosa USA.

At the same time, JVC said it isn’t clear how US Customs will treat imports of polished diamonds that come from other countries but originated in Russia. A raw diamond can touch many countries as it goes from an uncut gem to a beguiling necklace or ring.

“The issue is ‘what is considered of Russian origin?'” Stevens said. “It can originate in Russia and is then cut and polished in India. Is it then considered an Indian diamond at that point?”

The diamond industry would benefit from further guidance from the US government on how the new policy would be applied, she added.

The ban on Russian diamonds is an escalation of the sanctions first applied by the US in late February and could lead to acute diamond supply chain disruptions, said Paul Zimnisky, an independent diamond industry analyst.

As part of that initial set of sanctions, the US Treasury listed major state-owned and private entities that it believes are critical to the Russian economy. Included on the list is Alrosa and, separately, its CEO, Sergei S. Ivanov. The Treasury Department’s Office of Foreign Assets Control (OFAC) said Ivanov is the son of Sergei B. Ivanov, reportedly one of Russian President Vladimir Putin’s closest allies.

The Treasury Department said sanctions against Alrosa will heavily restrict the company’s ability to raise money through the US market — a key source of capital and revenue generation — limiting the Russian government’s ability to fund the further invasion of Ukraine.

Although the first wave of sanctions didn’t outright ban companies from buying diamonds from Russia, they complicated businesses’ ability to pay for them since many of Russia’s banks have been expelled from the international banking system SWIFT, said Zimnisky.

“(The sanctions) would draw out the delivery of rough diamonds by weeks, potentially months, to manufacturers who cut and polish the diamonds,” he said. For example, India — which accounts for 90% of all diamond cutting and polishing in the world — would immediately feel the impact.

The delays of up to three to six months will then make their way to retailers who buy the polished diamonds, he said.

The ban now means US businesses can’t buy Russian diamonds at all and will have to source Canadian, African, Brazilian or Australian diamonds, said Zimnisky.

Another hurdle he anticipates layered on top of the hard-hitting government sanctions are “self sanctions,” stemming from the moral and ethical stance that consumers themselves may adopt. “For many retailers, up to a third of their existing diamond inventory is of Russian origin,” he said.

Fine jewelry seller Brilliant Earth tweeted last month that it had removed all Russian mined diamonds from its website and that it hoped for a “peaceful and swift resolution in Ukraine.”

Signet Jewelers, one of the largest sellers of diamond jewelry in the world, said it suspended business interaction with Russian-owned entities at the beginning of the invasion, “in unity with all those in the world calling for peace.”

Alrosa last week suspended its own membership in the Natural Diamond Council, a diamond industry group that promotes and markets the use of natural diamonds. Its members include leading diamond producers De Beers and Dominion Diamond Mines.

The threat of disruptions to the diamond supply chain comes as the industry is already experiencing record global demand for diamonds and supply is at a decade-low level.

“Demand has been so robust over the past two years that there is essentially no excess inventory of diamonds right now,” said Zimnisky.

Jewelry purchases, and diamond jewelry, in particular, saw a boost through the pandemic, spurred by stimulus check spending and a build up of savings as Covid restrictions prevented other types of discretionary activities, such as travel and dining out.

Retail sales of diamond jewelry jumped 29% last year versus 2020 and were up 11% over 2019, according to a new report from consulting firm Bain & Company. Bain expects demand for diamond jewelry and polished and rough diamonds to continue to grow through the first half of this year.

“In 2022 the market is expected to demonstrate growth higher than the pre-pandemic period and return to historic growth pace by 2023-24,” the report said.

Zimnisky anticipates that the weight of geopolitical tension will affect diamond prices. “The time to watch is midyear, when businesses start to stock up on diamonds in preparation of holiday demand. I think that’s when the shortages will be felt most,” he said.

“Shortages of wheat, oil and other essentials and their impact on inflation will have a greater effect on diamond prices than any shortages of diamonds,” he said.

Citi expands its exit from Russia

Latvia will not stop citizens going to Ukraine to fight