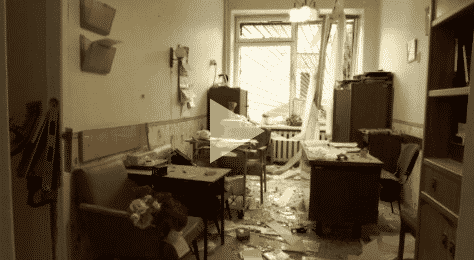 (CNN) — There is a loud and growing chorus of calls for the International Criminal Court to pursue Vladimir Putin. On Wednesday, the court said it would immediately proceed with an active investigation of possible war crimes following Russia’s invasion of Ukraine.

The US Embassy in Kyiv said on Friday that Russia committed a war crime by attacking a nuclear power plant in Ukraine.

“It is a war crime to attack a nuclear power plant,” the embassy said on its official Twitter feed. “Putin’s shelling of Europe’s largest nuclear plant takes his reign of terror one step further.”

Russia’s suspected use of cluster bombs and so-called vacuum bombs in dense areas with many civilians has also been described as a war crime.

“I want to be very clear about this, that Mr. Putin is a war criminal,” former Ukrainian Prime Minister Arseniy Yatsenyuk told the Council on Foreign Relations on Thursday. “He has to sit behind the bars in International Criminal Court.”

However, if justice in general moves slowly, international justice barely moves at all. Investigations at the ICC take many years. Only a handful of convictions have ever been won.

Here’s a very broad look at war crimes and the international justice movement.

Note: Some of what’s below comes from CNN’s research library, which compiled information about the International Criminal Court.

What is a war crime?

The International Criminal Court has specific definitions for genocide, war crimes, crimes against humanity and the crime of aggression. Read about them in this guide published by the ICC.

“One thing is certain, that intentionally directing shelling or targeting civilians or civilian objects is a crime within the jurisdiction of the court,” the ICC’s chief prosecutor, Karim Khan, told CNN’s Christiane Amanpour on Thursday.

“And even if there’s military necessity, there’s a clear obligation upon parties to a conflict to not use disproportionate force, to make sure the ordnance used and the weapons don’t have a very wide footprint in heavy civilian areas,” said Khan.

What are cluster bombs and vacuum bombs?

The feared use of banned weapons meant to kill without discrimination is what people are discussing now as a very specific war crime.

With a cluster bomb, a missile is fired and explodes thousands of feet in the air, releasing smaller bombs that each detonate when they fall to the ground. See an illustration from The Washington Post. Amnesty International said a Russian cluster bomb fell on a Ukrainian preschool.

“Vacuum bombs,” or thermobaric weapons, suck in the oxygen from the surrounding air to generate a powerful explosion and a large pressure wave that can have enormous destructive effects. Russia previously used them in Chechnya, and a CNN team spotted a Russian thermobaric multiple rockets launcher near the border with Ukraine late last month.

Is Russia using these weapons?

The US Ambassador to the UN, Linda Thomas-Greenfield, told the UN General Assembly on Wednesday that Russia was preparing to use these weapons.

The US is concerned Putin and the Russian military will become more brutal since the invasion is not going as smoothly as they had planned.

“Whether it’s cluster bombs or thermobaric weapons, commanders in the battlefield need to use great discretion and with great diligence decide how they wish to wage conflict now that it started,” Khan told CNN on Thursday.

“And the law is here and the court is watching, and we have experts that will try to get to the bottom of it,” he said.

What are world leaders saying?

“What we have seen already from Vladimir Putin’s regime in the use of the munitions that they have already been dropping on innocent civilians … in my view, (it) already fully qualifies as a war crime,” Johnson said at the UK parliament Wednesday.

But Biden stopped short Wednesday of saying Putin had committed a war crime.

“We are following it very closely,” Biden said. “It’s too early to say that.”

Meanwhile, on Capitol Hill, there is bipartisan support for a resolution supporting the ICC investigation.

What is the International Criminal Court?

Located in The Hague, Netherlands, and created by a treaty called the Rome Statute first brought before the United Nations, the International Criminal Court operates independently.

Most countries on Earth — 123 of them — are parties to the treaty, but there are very large and notable exceptions, including Russia and the US. And, for that matter, Ukraine.

Who can be tried by the court?

Anyone accused of a crime in the jurisdiction of the court, which includes countries that are members of the ICC, can be tried. The court tries people, not countries, and focuses on those who hold the most responsibility: leaders and officials. While Ukraine is not a member of the court, it has previously accepted its jurisdiction.

Putin could, therefore, theoretically be indicted by the court for previously ordering war crimes in Crimea.

However, the ICC does not conduct trials in absentia, so he would either have to be handed over by Russia or arrested outside of Russia. That seems unlikely.

What crimes does the court handle?

The ICC is meant to be a court of “last resort” and is not meant to replace a country’s justice system. The court, which has 18 judges serving nine-year terms, tries four types of crimes: genocide, crimes against humanity, crimes of aggression and war crimes.

How does the ICC bring proceedings?

Court proceedings can be brought in one of two ways: Either a national government or the UN Security Council can refer cases for investigation.

Russia, a permanent member of the UN Security Council, has veto power over council actions. It was requests by 39 national governments, most of them European, that sparked this current investigation.

Khan told CNN on Thursday, “I want to emphasize that I’m willing to speak to all sides, and not just the Ukrainian side, but also the Russian Federation, state parties and non-state parties alike. This institution is not political. We’re not part of the geostrategic or geopolitical divisions that we witness around the world.”

What will the ICC investigate in relation to Ukraine?

In its new investigation into Russia’s possible war crimes, the ICC has said it will look at all actions in Ukraine from 2013 to the present.

Russia first entered Crimea, which has been part of Ukraine, in 2014. The ICC was already investigating crackdowns on protesters by a previous Ukrainian government that was pro-Russian. This new referral seems to put all potential war crimes together.

How long do these investigations take?

A preliminary investigation into the hostilities in eastern Ukraine lasted more than six years — from April 2014 until December 2020. At the time, the prosecutor said there was evidence of war crimes and crimes against humanity. Next steps were slowed by the Covid-19 pandemic and a lack of resources at the court, which is conducting multiple investigations.

Why would a Ukraine prosecution be different?

The international outcry against Russia is unique, and that could give the court the ability to operate differently, according to Ryan Goodman, a law professor at New York University and co-editor-in-chief of Just Security, an online forum.

“It’s hard to judge the ICC’s investigation based on past practice,” Goodman said in an email. “In the Ukraine situation, the prosecutor is buttressed by an extraordinary outpouring of support from dozens of countries, which I expect will be followed by an infusion of resources.”

How would an ICC case affect the conflict?

“For better or for worse, the ICC investigation may affect the diplomatic space for negotiations,” said Goodman, arguing Putin and other Russians might not want to risk arrest if they travel outside the country.

The investigation could also, he argued, weaken Putin at home.

“Russians may come to realize this is another reason Putin can no longer serve their country,” Goodman said.

What happened before the ICC?

Previous trials for war crimes were brought by special UN tribunals, such as those empaneled for the former Yugoslavia, focusing on the Serbian autocrat Slobodan Milosevic, and for the Rwandan genocide.

All of this stems from the precedent of the Nuremberg trials to bring Nazis to justice after World War II and held by the Allies, including the US, the Soviet Union, France and Germany.

So it is interesting that neither the US nor Russia are members of the ICC.

Why aren’t the US and Russia ICC members?

Both the US and Russia are signatories to the treaty that created the court — meaning their leaders signed it — but neither is a member of the court.

Russia pulled out of the court in 2016 days after an ICC report published what CNN called a “damning verdict” on Russia’s occupation of Crimea in 2014. The court also launched a probe in 2016 into Russia’s 2008 efforts to support breakaway regions in Georgia.

At the time, France had also accused Russia of committing war crimes in Syria.

As for the US, while President Bill Clinton signed the treaty creating the court in 2000, he never recommended the Senate ratify it.

The George W. Bush administration, to a fair amount of criticism, pulled the US from being a party to the treaty in 2002. The Pentagon and many US policymakers have long opposed joining such an international court system since it could open US servicemembers to allegations of war crimes.

“The president (George W. Bush) thinks the ICC is fundamentally flawed because it puts American servicemen and women at fundamental risk of being tried by an entity that is beyond America’s reach, beyond America’s laws and can subject American civilians and military to arbitrary standards of justice,” then-White House press secretary Ari Fleischer said at the time.

How has the US supported the court?

Opposing America joining the court did not mean the Bush administration opposed the court itself. It supported ICC efforts to seek justice for genocide in Sudan.

There has always been an awkwardness to how American presidents deal with the court, noted CNN’s Tim Lister in 2011. He wrote about Barack Obama applauding ICC efforts to bring justice to people like former Serb Gen. Ratko Mladic and Libyan leader Moammar Gadhafi, while not endorsing the court for oversight of the US.

This story and headline have been updated with additional developments Friday.