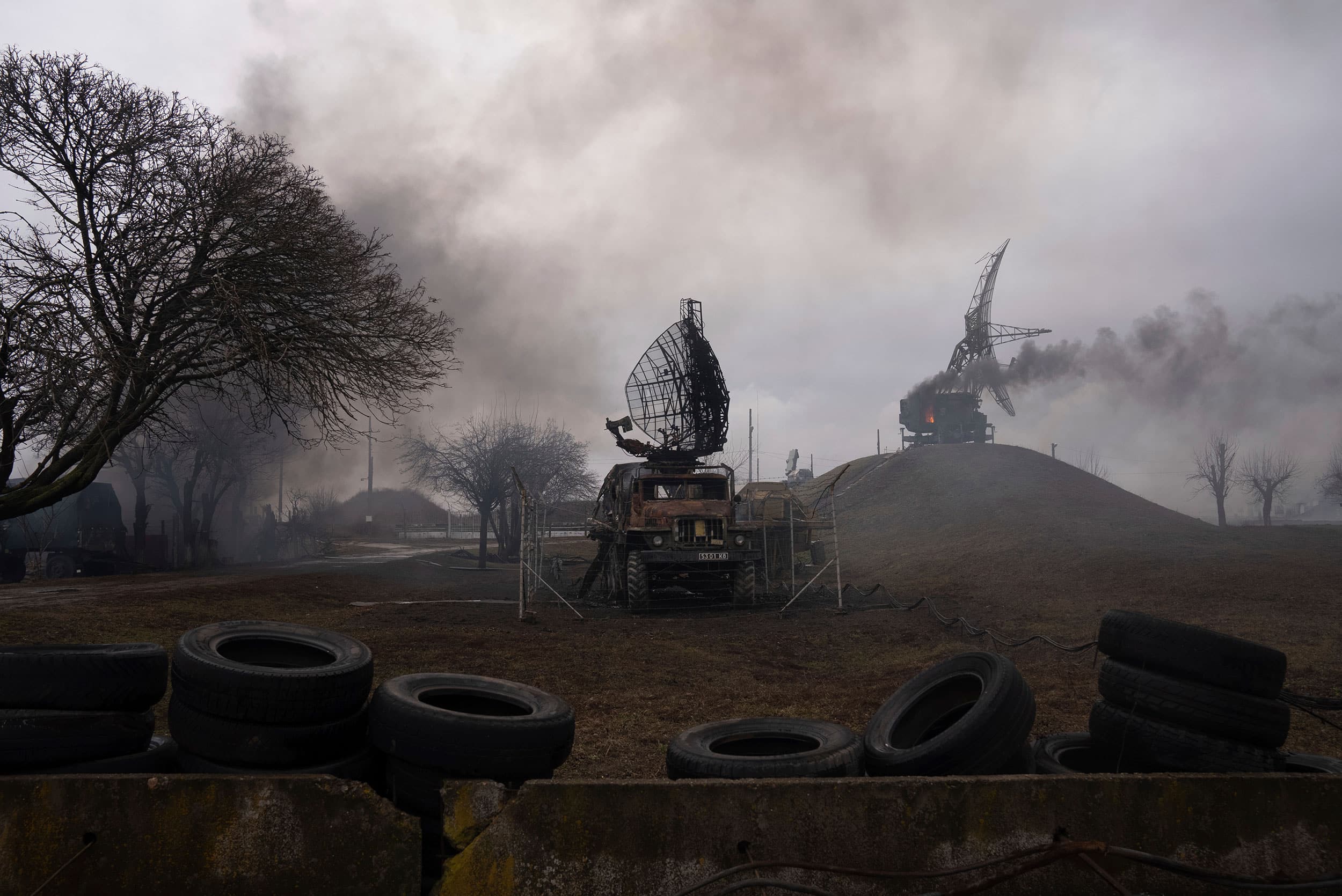 (CNN) — Residents of Mariupol were trapped without power, heating or water on Thursday as the key Ukrainian city came under siege by Russian forces determined to tighten their grip on Ukraine’s south.

News of the deteriorating humanitarian situation came as France gave a chilling warning that the “worst is yet to come” for Ukraine, following talks between Russian President Vladimir Putin and his French counterpart Emmanuel Macron.

Mariupol authorities warned of a “critical” situation for residents amid heavy shelling. It’s not clear how many of Mariupol’s roughly 400,000 inhabitants have been able to evacuate the strategically important port city or how many have been killed or injured.

The Russian assault on Mariupol comes as its forces also fight for control of the Black Sea city of Kherson. The mayor of Kherson indicated overnight that Russian forces had seized control of the city of about 300,000, although claims remain disputed.

The advance in Ukraine’s south shows Russian forces are attempting to create the beginning of a potential land bridge that could link the port city of Odessa in the west, through Kherson and Mariupol to the separatist-held pro-Moscow territories in the east.

“Our Ukrainian army and National Guard is very brave, they stand and fight for Ukraine, for Mariupol. But the situation is quite critical,” Orlov said Thursday.

“We are asking for help, for military help, and we are waiting for military help,” Orlov said. “Our internal forces are very brave, but we are surrounded by the Russian army, which has more people in their army.”

Following a 90-minute phone call Thursday between Putin and Macron, an Elysee source told reporters that Putin had said he intended to continue his military operation.

“Without making a prediction, we should expect the worst is yet to come. The President said so yesterday as well. There is nothing in what Putin said today that should reassure us,” the source said.

Putin told Macron he was available for negotiations but emphasized that discussion must take place on the grounds of neutralization and disarmament of Ukraine, the source said.

The Russian leader also said that if Kyiv wanted to talk, it must act now — and if Ukrainians don’t accept these conditions, he will obtain the same result by the military path, the source said. Putin denied having bombarded Kyiv and warned that the situation would worsen, but that it was the fault of Ukraine, the source said.

France estimates that Russia’s military ambition is to take all of Ukraine, the source added.

Orlov warned that Mariupol was facing a humanitarian crisis after what he said had been 26 hours of continued shelling.

“They are destroying our city with all weapons, from artillery, from airplane bombing, from tactical rockets, from multiple launch rocket systems,” Orlov said.

Mariupol’s mayor Vadym Boichenko accused the Russian military of creating a “humanitarian catastrophe” in the city in a post on his Telegram account Thursday.

“These scum have found no other way to break us. They are blocking the supply and repair of electricity, water and heat. They have also damaged the railways. They have destroyed bridges and smashed trains so that we can’t evacuate women, children and the elderly out of Mariupol,” he said.

“They are blocking food supplies, blocking us like in former Leningrad [during World War II], deliberately destroying the city’s critical life-support infrastructure for seven days. Again, we have no light, water or heat.”

He said the city was “working with international institutions to create a ‘green corridor’ for the humanitarian mission” and seeking to get a ceasefire so electricity supplies can be restored.

Deputy mayor: ‘We cannot collect all the bodies’

“The units of the armed forces of the Donetsk People’s Republic narrowed the encirclement of the city of Mariupol, and also took control of the settlements of Vinogradnoye, Sartaka and Vodyanoye,” Maj. Gen. Igor Konashenkov, the Russian Ministry of Defense spokesman, said in a video briefing. He repeated claims the military was not targeting civilian areas in Ukraine.

A day earlier, Konashenkov outlined an evacuation corridor from Mariupol. “All civilians wishing to leave Mariupol, for security purposes, can go east along the Mariupol-Shirokino [Shyrokyne] road,” he said.

Orlov said that Russian shelling had targeted multiple civilian buildings, including homes, kindergartens and schools, but he cautioned that the civilian death toll in the city remains unclear.

“We do not know how many, because we cannot collect all the bodies and we cannot count,” Orlov said.

The situation in Mariupol “remains difficult,” a spokesperson for the Ukrainian National Guard told CNN, while stressing that the battle was not over.

“Soldiers of the National Guard of Ukraine, together with the Armed Forces, continue to defend the city,” the spokesperson said. “The Ukrainian military is not going to surrender the city and will strike at the occupying forces. The military will also continue to destroy enemy sabotage groups on the outskirts of Mariupol.”

Mariupol lies just to the west of the Donbas area of eastern Ukraine that has been controlled by Russian-backed separatists since 2014. Putin recognized the breakaway statelets of the Donetsk and Luhansk People’s Republics in the Donbas last month.

“It is quite clear that Putin is pushing for a land corridor to Crimea. I mean that is an obvious objective,” NATO’s former Deputy Supreme Allied Commander for Europe Richard Shirreff told CNN. Russia illegally annexed Ukraine’s Crimean peninsula in 2014.

Shirreff said he feared the latest push could cause a humanitarian catastrophe as civilian deaths rise and cities become ruins.

The situation in Kherson, about 260 miles to the west of Mariupol, also appeared to be worsening Thursday.

One resident told CNN there had been chaos and panic in Kherson as people tried to get basic necessities. According to the resident, the city is suffering a severe lack of food and medicine — particularly insulin — with pharmacies being looted.

The resident added that there had been a significant amount of looting by Russian troops, and said that Russian soldiers had been seen arresting men.

Kherson’s mayor, Ihor Kolykhaiev, said Wednesday on his Facebook page that the Ukrainian military was no longer in the city and that its inhabitants must now carry out the instructions of “armed people who came to the city’s administration” — indicating that the city has now fallen under Russian control.

A British military intelligence update released early Thursday noted that “some Russian forces have entered the city of Kherson,” but cautioned that the military situation on the ground “remains unclear.”

“We have not given up our responsibilities. The regional operational headquarters, which I lead, continues its work and addresses issues to help residents of the region. We are waiting for humanitarian aid,” Lahuta said in a statement.

Airbnb offering free temporary housing for up to 100,000 Ukrainian refugees