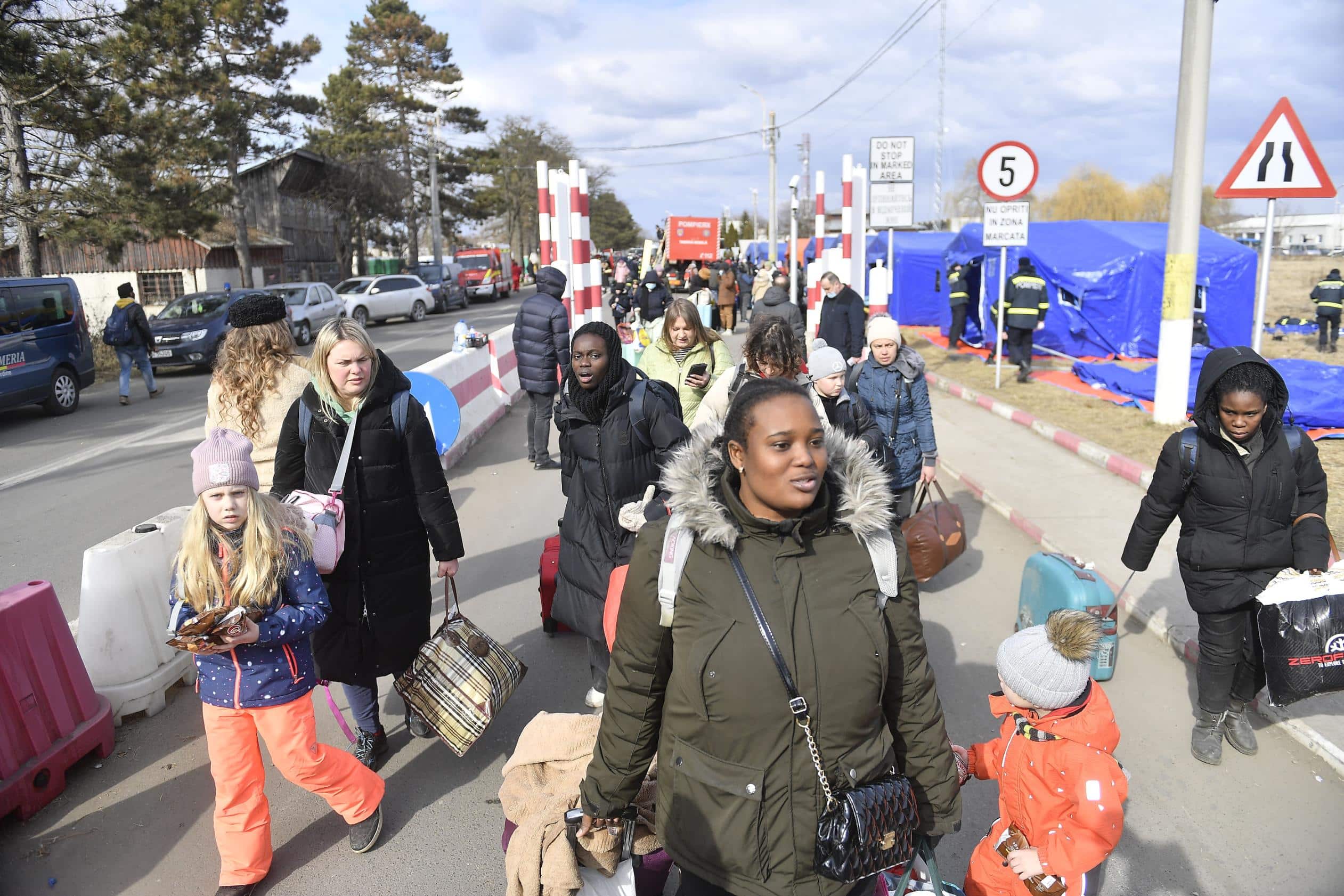 (CNN) — Hundreds of thousands of people are fleeing Ukraine as the Russian invasion continues, with the vast majority heading west to Poland, Romania and Slovakia as temperatures fall below zero Celsius.

So far more than 500,000 Ukrainian refugees have arrived in Eastern Europe, according to the United Nations High Commissioner for Refugees (UNHCR), and many recent arrivals are sheltering at temporary camps.

“UNHCR is working with partners and local authorities to provide humanitarian aid and support those in need,” the UN agency added in a tweet.

France has asked the European Commission to give all Ukrainians seeking refuge in the EU “temporary protection,” granting them a simplified asylum application process.

The EU will vote on Thursday on France’s proposal, the likes of which has never been enacted before.

European Commission President Ursula von der Leyen said in a statement that Europe would “welcome with open arms those Ukrainians who have to flee from Putin’s bombs.”

“We are mobilising every effort and every euro to support our Eastern Member States — to host and take care of these refugees,” she said Sunday. “We will do this in full solidarity.”

In general a cooling trend with more precipitation can be expected for later in the week, they said, adding that this is normal weather for this time of the year, but cold for those stuck outside.

Some 187,000 refugees have crossed to Poland from Ukraine since the start of the Russian invasion, said the Chancellery of the Prime Minister of Poland on Twitter on Sunday.

“Refugees fleeing war-stricken Ukraine are entering Poland regardless of their nationality,” it said.

The Head of the Polish Prime Minister’s Office, Michał Dworczyk, said that on Sunday night he met with the Governor of the Lviv region, “who declared that Ukrainian authorities would take steps to simplify the procedures on the side of the Ukrainian border guard” to reduce holdups.

“Romania is stepping up its military and humanitarian support to Ukraine which defends itself from Russian invasion,” Kuleba tweeted after a call with his Romanian counterpart, Bogdan Aurescu.

“Grateful to Romania for this valuable help, and for taking care of our citizens fleeing Putin’s war,” he added. Kuleba’s tweet was also retweeted by Aurescu.

Satellite imagery from Maxar Technologies taken Friday showed a 6.5-kilometer long traffic jam of people, cars and trucks lining up near the Siret border crossing on the south-west side of Ukraine.

On Saturday the country’s interior ministry said 10,526 people had been processed at the border with Ukraine in the past 24 hours, reports Reuters. Before the Russian invasion, an average of 1,444 people crossed daily.

“The situation and number (of people arriving) is turning worse every hour. The structure of the war changes people into refugees who are without a car or finances, without meals or any equipment,” Kosice region president Rastislav Trnka told Reuters.

“The families are divided at the Ukrainian side — men are returned back to fight. Here we are seeing mothers with children coming,” he added.