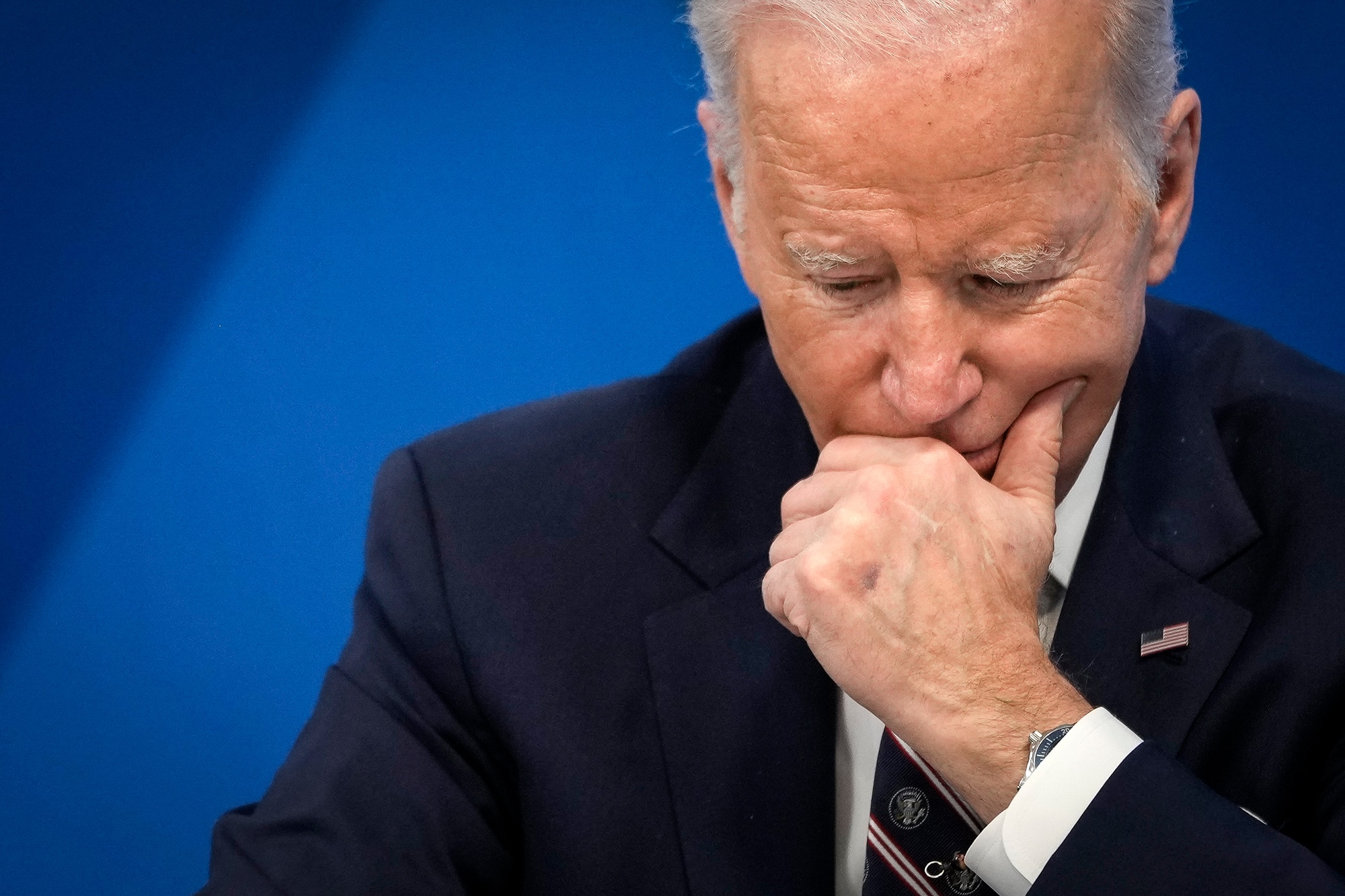 (CNN) — The White House, along with France, Germany, Italy, the United Kingdom and Canada, announced Saturday evening that they would expel certain Russian banks from SWIFT, the high-security network that connects thousands of financial institutions around the world, pledging to “collectively ensure that this war is a strategic failure for (Russian President Vladimir) Putin.”

“This will ensure that these banks are disconnected from the international financial system and harm their ability to operate globally,” they wrote in a joint statement released by the White House, also pledging “restrictive measures that will prevent the Russian Central Bank from deploying its international reserves in ways that undermine the impact of our sanctions,” and restricting the sale of “golden passports” that allow Russian oligarchs to avoid the brunt of sanctions already levied.

US and European officials have also discussed targeting the Russian Central Bank with sanctions, according to two people familiar with the talks, a step without precedent for an economy of Russia’s size.

No final decisions have been made, the people said, and the structure of the sanctions under discussion remains unclear.

But the moves made for a dramatic escalation of the West’s attempts to isolate and punish Putin, and appeared to come together quickly over the past hours and days. At a press conference Thursday, Biden was pressed on why he had avoided removing Russia from SWIFT or sanctioning Putin personally. Less than 48 hours later, he’d done both.

Targeting the central bank would strike at the heart of Putin’s yearslong efforts to insulate his economy from sanctions.

Russia has built up the fourth-largest foreign currency reserves in the world at more than $630 billion while shifting away from US dollar holdings. Both moves provide a buffer from US sanctions, even as the sweeping package unleashed this week has already created significant disruption across the Russian economy.

While discussions regarding Russia’s central bank were described as still in their early stages, their consideration underscores the scale of the willingness to significantly escalate penalties in Washington and Brussels.

Earlier Saturday, CNN reported that Biden was considering expelling Russia from SWIFT, but had yet to make a final decision. Fully expelling Russia from SWIFT, or the Society for Worldwide Interbank Financial Telecommunication, had been presented as a financial “nuclear option,” with the President and aides highlighting how complicated blocking it would be and noting that the US could not move unilaterally.

“That’s not the position that the rest of Europe wishes to take,” Biden told reporters Thursday.

The US and other nations on Saturday also announced the launch next week of a “transatlantic task force” to “ensure the effective implementation of our financial sanctions by identifying and freezing the assets of sanctioned individuals and companies that exist within our jurisdictions.”

As part of the announcement, they also promised to step up efforts to combat misinformation.

“We stand with the Ukrainian people in this dark hour. Even beyond the measures we are announcing today, we are prepared to take further measures to hold Russia to account for its attack on Ukraine.”

The statement still leaves the actual technical details — and the specific Russian lenders that will be cut off from SWIFT — unclear, with US and EU officials still in the midst of hammering out the final details of the action.

But the commitment to take action that just days ago appeared to be off the table due to European objections marks a targeted, but seismic escalation in response to Russia’s invasion of Ukraine. Biden and his aides have highlighted how complicated blocking Russia from SWIFT would be, noting the US cannot move unilaterally. “That’s not the position that the rest of Europe wishes to take,” Biden told reporters Thursday.

But since Biden’s press conference announcing new sanctions against Russia for its unprovoked attack, the administration appeared to be moving closer to this position as other European allies started giving it their backing.

The administration has discussed the matter with the Federal Reserve, which would have a stake in any decision, according to an official.

The White House had faced calls from Ukraine, and US lawmakers in Congress, for Russia to be removed from SWIFT after Putin ordered the invasion of Ukraine on Thursday. The United Kingdom, Lithuania, Estonia and Latvia were among the early countries to back Kyiv’s calls to cut Russia off from the network.

On Saturday, Germany, which had earlier warned of the “massive impact” on German business if Russia were banned from SWIFT, indicated support for restrictions in some form.

German Foreign Minister Annalena Baerbock and German economy Minister Robert Habeck said in a joint tweet that they were “under high pressure to avoid collateral damage when decoupling (Russia) from SWIFT so it will hit the right people. What we need is a targeted and functional constraint of SWIFT.”

Earlier in the day, Italy signaled that it would also support taking measures to expel Russia from SWIFT after Prime Minister Mario Draghi told Ukrainian President Volodymyr Zelensky that “Italy fully supports the European Union’s line on sanctions against Russia, including those regarding SWIFT, and shall continue to do so.”

Draghi’s comments were particularly notable given the Italian economy’s exposure on energy.

One administration official said earlier that additional sanctions were likely to come if Kyiv, the besieged Ukrainian capital, fell.

A White House official told CNN that “as the President and administration officials have made clear, we are focused on coordinating with allies and partners to impose further costs on Russian President Vladimir Putin for his war of choice” but declined to comment further.

Removing Russia from SWIFT would damage Russia but also big economies in Europe and impact energy exports to the continent.

It would make international financial transactions more difficult, delivering a shock to Russian companies and their foreign customers — particularly buyers of oil and gas exports denominated in US dollars.

Meanwhile, the US has imposed other sanctions on Russia, targeting Moscow’s banking, technology and aerospace sectors. On Friday, the US announced that it would impose sanctions on Putin directly and on Russian Foreign Minister Sergey Lavrov.

This story has been updated with additional developments and background information.

US will not use American troops to create no-fly zone in Ukraine, says UN ambassador