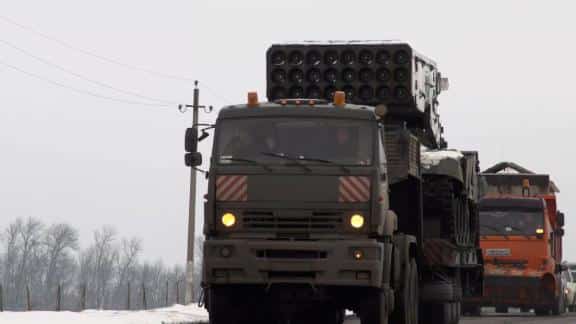 Is the United States “still” our leader of the free world?

While the U.S. contemplates its next move, a deeper more foundational question has elevated in the discourse, “whether it’s morally unethical to not physically intervene when innocent are killed.”

The fact is, we still are leaders of the free world.  Yet, this most recent Putin war crime, elevates our leadership mantle, while, at the same time, undercuts it because – short of boots on the ground, it will never appear that we did everything we are capable of doing.

Keep in mind, the corollary to this question is, has Russia and/or China become too formidable a foe to intervene, even when democracy is at stake?

If you believe the answer is yes, stop reading here!!!

It’s time to get back out front on these types of questions and lead. We can begin by embracing a type of thinking embedded with the best of our traditions. Ask questions, seek answers, and take the appropriate actions.

Are there much more aggressive defensive and/or offensive actions that we need to prepare for:

1. Get the UN involved, and require a cease fire until UN Peace Keepers are boots on the ground to protect the innocent.
2. Gain agreement among allies to Institute SWIFT.
3. War crimes have consequences, what are they? When do the consequences go into effect? What are we willing to do to stop ongoing war crimes? Begin a tribunal.
4. While the Ukraine democracy remains in tact, ask the President of Ukraine to institute an executive order to join NATO. If so, this ends – now!

As we watch the innocent die, our children learn. Walling off an arena to conduct crimes, requiring Putin to “draw blood only within the lines,” is not a strategy. It’s a death sentence. What their learning, is by nature to be passive when we believe might is too overwhelming to intervene.

We watch, as Ukrainians lay their bodies down in front of a Russian tank, willing to give up their lives to fight back against nearly insurmountable odds — handguns against missiles.  This is and other actions in this unprovoked war, in my belief, is multiple times worse than when President Clinton visited China due to the June 4, 1989 crackdown in Tiananmen Square.

We watch as oxygen depriving flamethrower weaponry takes positions against a nationalist spirit of people fighting to maintain their independence. We watch, on its face, a mismatch. It’s a mismatch in fighting power, not will. The Ukranians are willing to go down with a fight. The bigger question, in my mind, is how are we, the United States, and its allies willing to go down in history on this war.