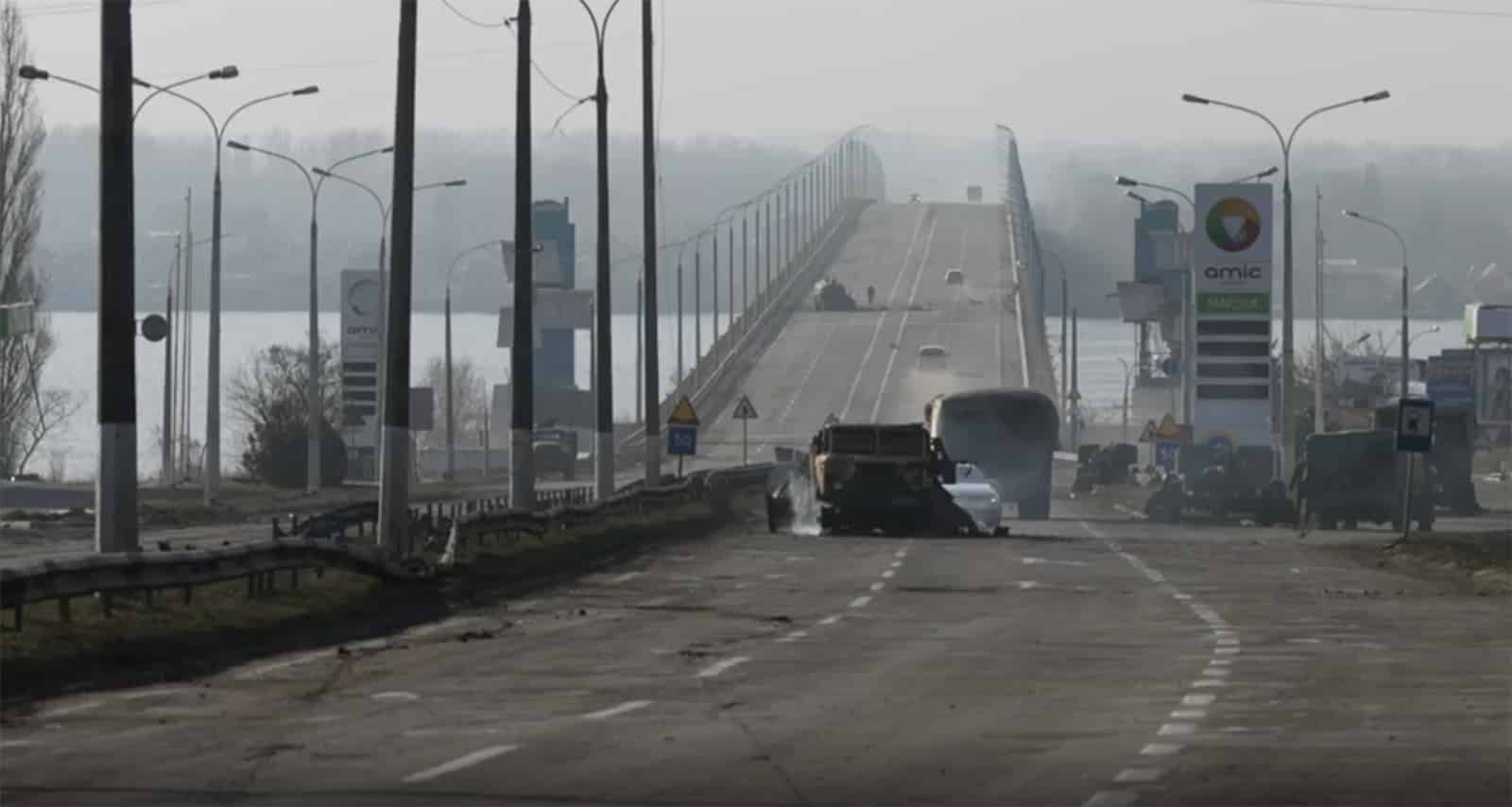 (CNN) — The battle for a strategic bridge in Kherson, southern Ukraine, was still raging Saturday after days of fighting, with warning shots fired in nearby Nikolayev.

The sound of shelling impacts hit around Kherson, north of the Crimean Peninsula, could be heard from 8 a.m. local time (1 a.m. ET), and by 11 a.m. (4 a.m. ET) the bridge was enveloped in smoke as grass around it had caught fire.

Shelling continued back and forth, and through the smoke CNN could see what appeared to be armored vehicles on the bridge moving towards the Ukrainian side, although it was not possible to confirm who they belong to.

In the nearby city of Nikolayev, warning shots were fired in the air on several occasions after a warning for people to stay indoors. The bridge to enter the city has been raised for the first time in more than a decade, locals said.

When a CNN team arrived in Kherson on Thursday night, Russian tanks were in the streets and jets were flying low overhead, terrifying residents.

By Friday, Ukrainian forces had reclaimed the key crossing into the country but not without cost. One Ukrainian soldier told CNN the Russians were “not far away.” Civilians were seen picking through the wreckage on the bridge for ammunition, while bodies of soldiers lay nearby.

Friday afternoon brought the noise of more rockets landing in the streets and by dusk it appeared the balance of power had changed once again. Shells landed near Ukrainian positions and, apparently, houses.

This was followed by the sound of an attack helicopter, with more signs indicating the bridge had changed hands again. Moments later local officials released a statement saying Kherson’s defenses had fallen.

However there were signs of a pushback Saturday morning.

Russian troops continue to fight to move north from the Crimean peninsula, annexed from Ukraine in 2014.

The offensive continues across Ukraine, and the battle has begun for control of Ukraine’s capital, Kyiv, with an apartment building hit by a missile or rocket early Saturday.

Fighting has reportedly spilled into the streets, and explosions and gunfire were heard overnight as Russian troops advanced on the city.