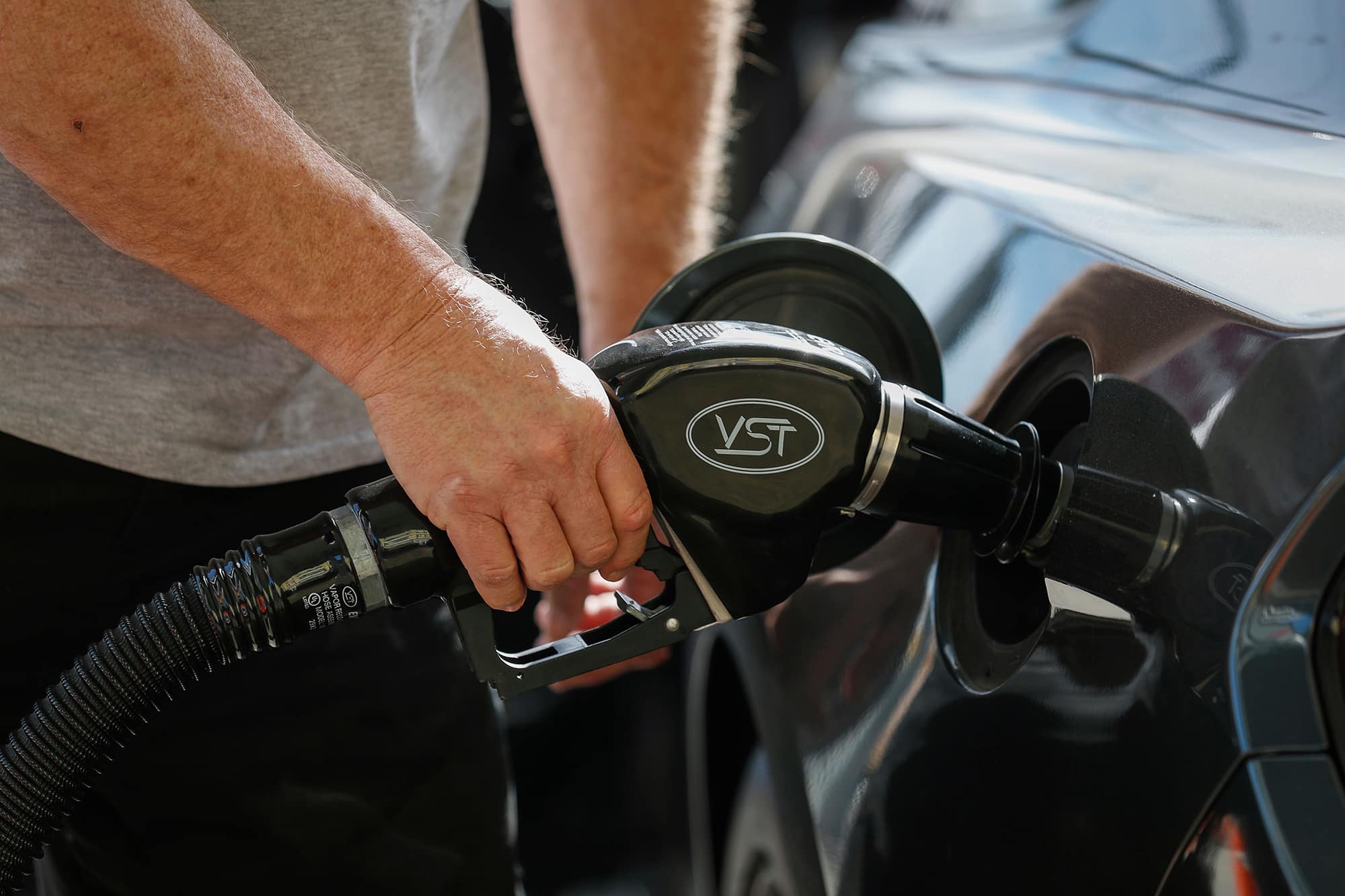 (CNN) — Russia’s invasion of Ukraine is happening thousands of miles away from the closest major US city. And yet millions of American families will feel the economic consequences.

That’s because the world economy and financial markets are interconnected. As Covid demonstrated, events on one side of the planet can set off shockwaves on the other side.

In this case, an invasion of Ukraine by Russia will likely drive up the already-high cost of living in the United States, rattle investment portfolios and perhaps even slow down the economic recovery.

More pain at the pump

Oil prices have jumped to levels unseen since 2014, in part because this conflict could derail Russian energy supply.

Russia is an energy superpower, producing 9.7 million barrels per day last year, according to Rystad Energy. That is second only to the United States and amounts to more oil than Iraq and Canada produced — combined.

Supply is already failing to keep up with demand and investors are on high alert for any further supply shortfalls that could occur through in a variety of ways, including damaged infrastructure in a war, sanctions on Russia or Moscow moving to weaponize exports.

JPMorgan warned that oil prices could “easily” jump to $120 a barrel due to the crisis. In the unlikely event that Russian oil exports are halved, crude would surge to $150 a barrel, JPMorgan said.

A dramatic spike in oil prices could be offset at least in part by consuming nations releasing emergency stockpiles and OPEC ramping up production.

Still, another pop in oil prices would lift prices at the pump, which lag behind moves in crude prices. The national average price for a gallon of gas already stands at a seven-year high of $3.54 a gallon, according to AAA.

Inflation is the biggest problem facing the US economy. And Russia’s invasion could make it even worse.

Oil currently stands at about $100 a barrel, but if it hits $110, the year-over-year inflation rate would climb above 10%, according to an analysis by RSM shared with CNN. That’s up from the current 7.5%.

Not only would prices at the pump rise, but higher oil and natural gas prices would drive up home heating and electricity costs.

Higher energy prices would make it more expensive to fly and keep transportation and input costs elevated for businesses already grappling with surging expenses. Businesses would most likely pass along at least some of these higher costs to consumers in the form of price spikes.

Beyond energy, other commodities could experience price volatility. Russia is a major producer of metals, including aluminum and palladium. Russia is also the biggest exporter of wheat, while Ukraine is a significant exporter of both wheat and corn.

“All of this would occur at a time when commodity supplies are more stressed than they have been in a generation,” David Kelly, chief global strategist at JPMorgan Funds, wrote in a report last week.

Of course, inflationary pressures would likely be even greater for Europeans.

Investors famously detest uncertainty. The Dow tumbled 700 points the morning after the invasion as investors confront the possibility of an oil shock, higher inflation and a confusing sanctions regime.

A prolonged market downturn would wipe out wealth built up by families in the stock market and in retirement accounts. Market instability could also dent confidence among consumers and businesses alike.

Stocks do have a history of rebounding from geopolitical scares, although there is a relatively small sample size. And it’s impossible to say how markets would respond in the current environment.

The RSM analysis also found that a jump to $110 oil would dent US GDP by one percentage point.

That is not as dramatic as the impact to inflation, but it’s still significant given that the US economy has not fully recovered all the jobs lost during Covid.

If inflation spikes above 10%, the Federal Reserve would come under pressure to step up its fight to get prices under control.

That could mean a faster pace of interest rate hikes to cool off inflation.

The coming interest rate increases from the Fed will increase borrowing costs for consumers on everything from mortgages and car loans to credit cards. Mortgage rates have already spiked to pre-Covid levels in recent weeks, presenting a new challenge to wannabe home buyers.

The Fed could choose to shrug off intensifying inflation as just a temporary phenomenon driven by the Russia-Ukraine situation. However, that strategy did not work out well last year, with the Fed eventually abandoning its “transitory” description of Covid-related inflation.

At a minimum, the Russia-Ukraine situation will further complicate the Fed’s already difficult task of taming inflation without sparking a recession.

As the Ukraine conflict escalates the US is also braced for Russian cyberattacks.

The hacking of the Colonial Pipeline last year showed just how disruptive a cyberattack can be in the real world. The cyber-intrusion shut down one of the most important pipelines in America, sparking panic buying that left many gas stations in the Southeast empty.

A successful cyberattack on America’s financial system — a top worry of Fed Chairman Jerome Powell — could be even more disruptive.

A cyberattack is just one example of how the Russia-Ukraine situation could spill over into daily life.

“Wars evolve in unpredictable ways,” JPMorgan’s Kelly said. “No one should assume that they can see all the impacts of a war at its outset.”

US concerned Kyiv could fall to Russia within days, sources familiar with intel say