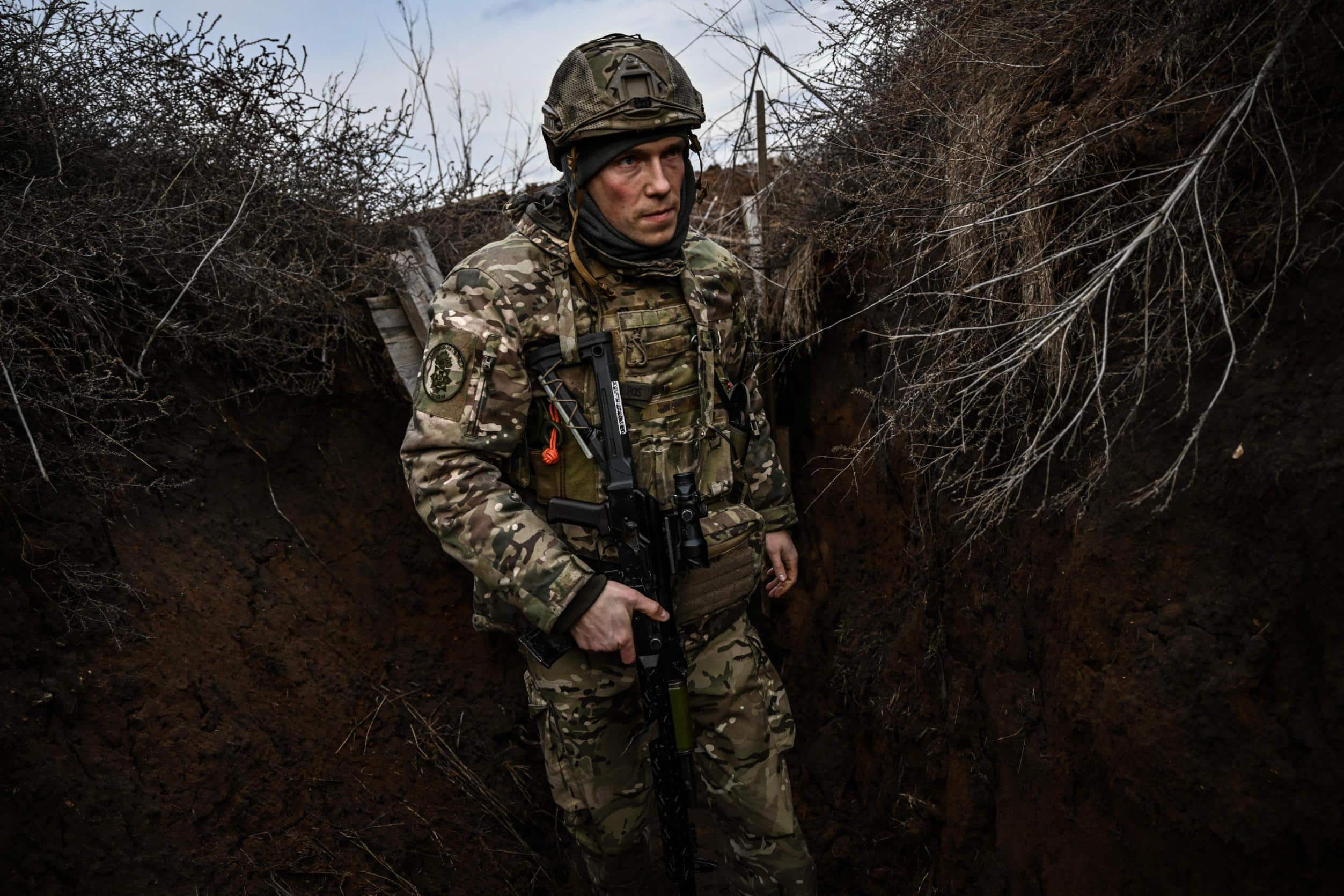 (CNN) — The threat of a full-scale war weighed heavy in Europe on Tuesday as the international community scrambled to finalize sanctions and further rounds of diplomacy following Russian President Vladimir Putin’s decision to order troops into separatist-held parts of eastern Ukraine.

Ukrainians have watched the situation unfold with a mixture of disbelief and fatalism, with President Volodymyr Zelensky pleading for the international community to impose “urgent sanctions” on Russia, including calling a “complete halt” to the Nord Stream 2 gas pipeline.

“The Russian escalation against Ukraine is an unprecedented challenge not only for Ukraine, but for Europe and the world as a whole,” Zelensky said on Tuesday.

Putin, who has steadily amassed some 150,000 military personnel near Ukraine’s borders, appeared to cast doubt on the sovereignty of Russia’s neighbor in an angry speech on Monday.

“Ukraine has never had traditions of its own statehood,” he said, seemingly calling into question the country’s right to exist as an independent nation, and referring to its eastern region as “ancient Russian lands.”

The decrees recognize the Moscow-backed territories as independent states and guarantee their security with Russian troops — described by the Kremlin as a “peacekeeping” force — ordered in to the region.

But on Tuesday, Moscow declined to confirm whether Russian troops had yet entered the DPR or LPR.

Moscow also asserted it was still open to talks with the United States.

“No, I cannot confirm this information. I don’t know anything about this,” Kremlin spokesperson Dmitry Peskov said when CNN asked about the entry of Russian forces into Donbas overnight following Putin’s orders.

“Even in the most difficult times we said we were ready for a negotiating process,” Russian Foreign Ministry spokeswoman Maria Zakharova said when asked if Putin’s decision on Monday affected an upcoming meeting between Russian Foreign Minister Sergey Lavrov and US Secretary of State Antony Blinken, according to Russian state news agency TASS.

Putin’s actions, seen by American officials as an “attempt to create a pretext for a further invasion,” have nonetheless crossed red lines set out by Western leaders.

US President Joe Biden plans to impose new sanctions on trade and financing in the two territories, the White House said Monday. While far from the devastating consequences to Russia that Biden and US officials have warned would be imposed if Russia invades, the move is a sign that more sweeping measures are being kept in the event that Moscow moves forward with military action to invade Ukrainian territory.

The European Union sanctions package will be decided on Tuesday afternoon, EU High Representative Josep Borrell told reporters, adding that he would not frame Russian troops in the Donbas region as a “fully-fledged invasion, but Russian troops are on Ukrainian soil.”

Other nations, including Australia and Japan, vowed to work in lockstep with the international community on sanctions.

“Putin just put [Franz] Kafka & [George] Orwell to shame: No limits to dictator’s imagination, no lows too low, no lies too blatant, no red lines too red to cross,” Prime Minister of Lithuania, Ingrida Šimonytė, wrote on Twitter.

“What we witnessed tonight might seem surreal for democratic world. But the way we respond will define us for the generations to come,” she said.

Amid the clamor of countries condemning Russia’s planned incursion, some voices have been notable for the tone of their response.

During an emergency meeting of the UN Security Council Monday evening, India called for “restraint on all sides,” stopping short of criticizing Russia.

China’s envoy to the United Nations on Monday called for “all parties” to exercise restraint and avoid “fueling tensions” in Ukraine, but stopped short of condemning the Kremlin’s recognition of independence for the DPR and LPR. China’s Foreign Ministry evaded more than a dozen questions regarding Ukraine at a briefing on Tuesday.

Kenya’s envoy to the United Nations, however, delivered a blistering statement on Putin’s imperial ambitions in Ukraine. “We believe that all states formed from empires that have collapsed or retreated have many peoples in them yearning for integration with peoples in neighboring states. This is normal and understandable. After all, who does not want to be joined to their brethren and to make common purpose with them?” Martin Kimani said Monday, according to a read out of his remarks.

“However, Kenya rejects such a yearning from being pursued by force. We must complete our recovery from the embers of dead empires in a way that does not plunge us back into new forms of dominion and oppression,” he said, adding that Kenya rejected “expansion on any basis, including racial, ethnic, religious or cultural factors.”

For almost eight years, the breakaway regions of Donetsk and Luhansk have seen a low-intensity conflict between Russian-backed separatists and Ukrainian forces, which has left more than 14,000 people dead.

The US, NATO and Ukrainian officials say Moscow supplies the separatists with advisory support and intelligence, and embeds its own officers in their ranks. Russia has always denied having its own troops on the ground.

Moscow has also distributed hundreds of thousands of Russian passports to people in Donbas in recent years. Western officials and observers have accused Putin of attempting to establish facts on the ground by naturalizing Ukrainians as Russian citizens.

Kyiv and the West maintain that the region is part of Ukrainian territory, although the Ukrainian government asserts the two regions have been, in effect, Russian-occupied since 2014, when the conflict in eastern Ukraine began.