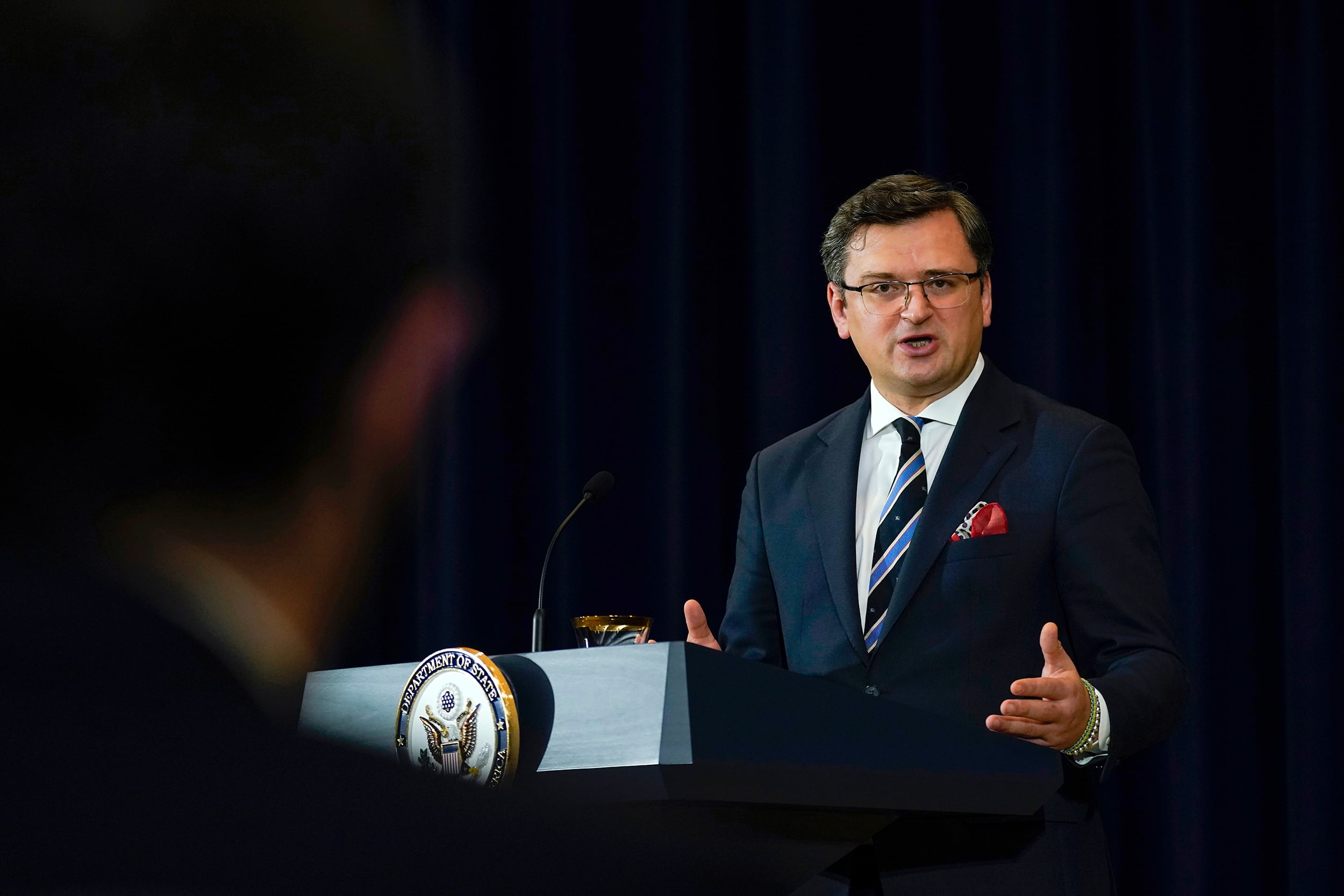 (CNN) — Ukraine’s foreign minister on Tuesday said that “no sanctions will be enough” until Russian forces leave Ukraine, a day after Russian President Vladimir Putin recognized two separatist regions in the country as independent and announced he would deploy “peacekeeping” forces there.

“No sanctions will be enough until Russian boots withdraw from Ukrainian soil,” Dmytro Kuleba told CNN’s Jake Tapper on “The Lead.”

Earlier Tuesday, President Joe Biden unveiled tough new sanctions to punish Moscow, describing the events underway in Ukraine as “the beginning of a Russian invasion.” Kuleba told Tapper those sanctions are “just the beginning of the process of deterring President Putin and making him withdraw,” adding that it “certainly won’t be enough.”

Kuleba, asked by Tapper what he thinks Putin’s intentions are, said Tuesday that Putin’s “ultimate goal is to destroy Ukraine.”

Kuleba met with Biden and Defense Secretary Lloyd Austin in Washington on Tuesday. He also spoke with reporters at the State Department alongside US Secretary of State Antony Blinken earlier in the day.

Blinken announced during the appearance that he had canceled a planned meeting with Russian Foreign Minister Sergey Lavrov in Geneva this week following Putin’s announcement of an invasion. Blinken said the US remains committed to diplomacy “if Russia is prepared to take demonstrable steps to provide the international community with any degree of confidence it’s serious about de-escalating and finding a diplomatic solution.”

Blinken said Putin’s remarks Monday had confirmed “his plan all along has been to invade Ukraine,” and that Russia’s issues with NATO have just been “an excuse to mask the fact that what this is about is President Putin’s view that Ukraine is not a sovereign country.”

Kuleba said during his State Department remarks that Ukraine has no plans to evacuate Mariupol and Kharkiv in eastern Ukraine following Putin’s orders. He said his nation has two plans: diplomacy, and, if that fails, fighting to defend itself.

“Plan A is to utilize every tool of diplomacy to deter Russia and prevent further escalation,” he said. “And if that fails, plan B is to fight for every inch of our land, in every city and every village — to fight until we win, of course.”

Asked by Tapper later Tuesday to share his message to Americans wondering why they should care, Kuleba said in part that “if Putin succeeds in Ukraine, other players across the globe who want to change rules, who want to bypass the United States, they will see that this is possible — that the West is uncapable of defending what it stands for.”

Can the United States defend against hypersonic weapons?