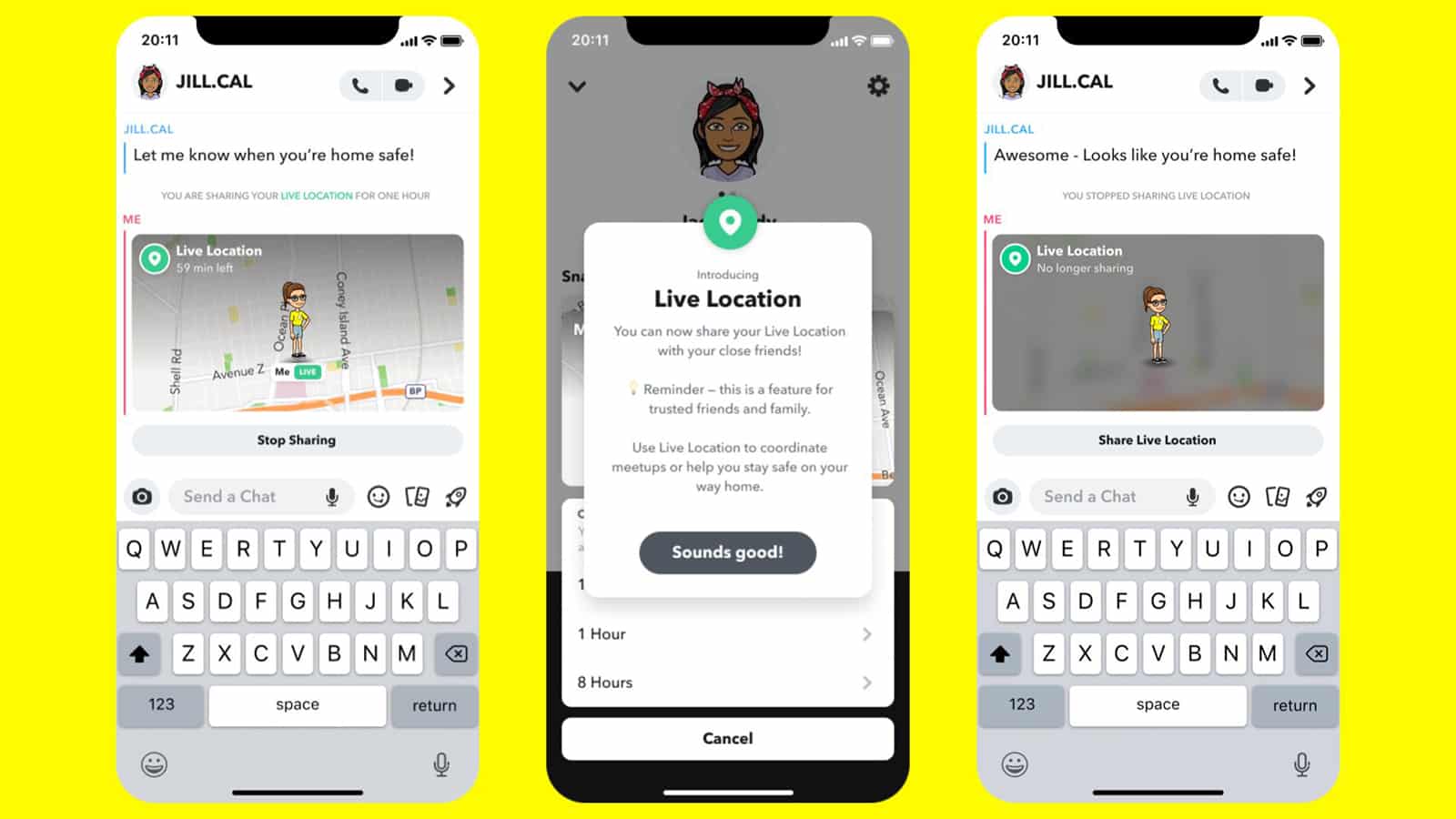 (CNN) — Snapchat on Friday announced a buddy system-like feature that allows its users to share their real-time location with friends for a period of time.

The safety feature is being rolled out as more people are returning to school campuses, traveling, going out on dates and otherwise resuming what they did before the pandemic, the company said. The feature, which is similar to Apple’s Find My app, allows users to share their real-time locations with a friend for 15 minutes, one hour or up to eight hours.

Snapchat partnered with It’s On Us, a nonprofit founded in 2014 to combat sexual assault on campuses, in creating the feature.

Since 2017, Snapchat has allowed users to share their locations with friends on its Snap Map feature, which updates a location only when the user has the app open. The company said 250 million users utilize Snap Map each month.

Last May, Snapchat said it reached 500 million monthly active users. According to a survey conducted by the company, 78% of its US app users wouldn’t hesitate to share their locations on Snap Map, and most do it as a safe way to connect to others.

Like the Snap Map, the new feature will remain off by default. Snapchatters can turn on their location “in an instant,” the company said, but only with specific friends. To reduce the risk of stalking, the company has limited the amount of time and with whom Snapchatters can share their instant location.

Snapchatters can start using the feature by going to a friend’s profile and tapping on a new option that allows for live sharing. The app provides an pop-up PSA that advises users that the feature should be shared only with trusted friends and family.

The company also announced this week that Snapchatters can change their usernames starting at the end of February — a feature previously unavailable in the US.