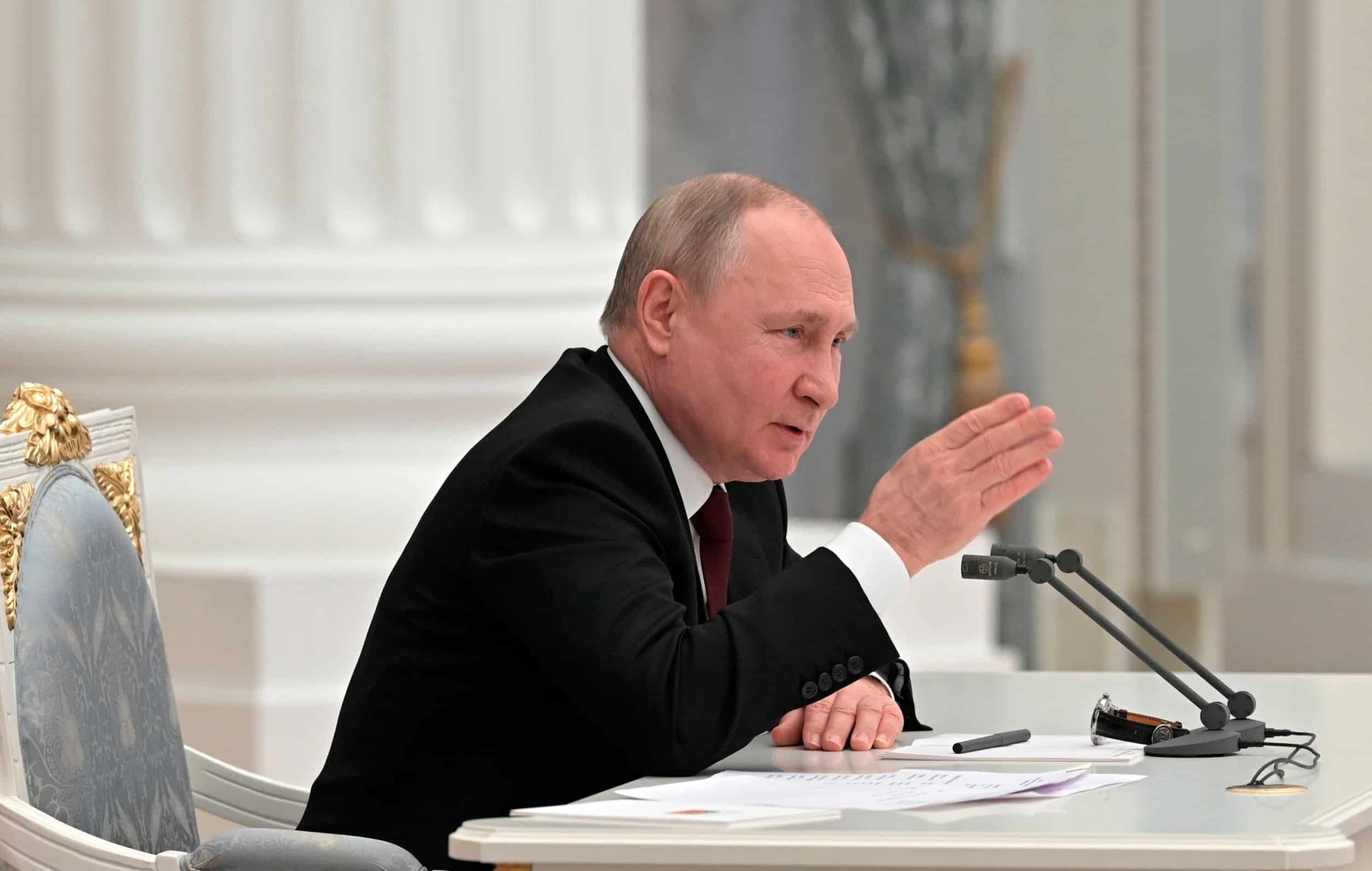 (CNN) — Russian President Vladimir Putin has ordered troops into separatist-held parts of eastern Ukraine in what the Kremlin called a “peacekeeping” mission, just hours after he signed decrees recognizing the independence of the Moscow-backed regions.

In a fiery speech on Monday night, Putin blasted Kyiv’s growing security ties with the West, and in lengthy remarks about the history of the USSR and the formation of the Ukrainian Socialist Soviet Republic, appeared to cast doubt on Ukraine’s right to self-determination.

“Ukraine has never had traditions of its own statehood,” he said, calling the eastern part of the country “ancient Russian lands.”

Prior to Putin’s remarks, US Secretary of State Antony Blinken had promised “a swift and firm response” from the US and its allies if Russia moves to recognize Ukraine’s breakaway regions as part of Russian territory, calling such a move a “gross violation of international law.”

Earlier on Monday, Putin held a highly choreographed televised meeting with his top officials, accusing Kyiv of carrying out acts of aggression.

Putin also accused the West of threats and blackmail during the previously unscheduled convening of the Russian security council that, in unusually theatrical setting, was shown on television.

The broadcast aired just hours after the White House announced that US President Joe Biden agreed “in principle” to French-brokered talks with Putin as long as Russia does not further invade Ukraine. The Kremlin said earlier on Monday that there were “no concrete plans” for a meeting.

Speaking about the possibility of talks with Biden, Putin — who held two lengthy phone calls with the French President Emmanuel Macron on Sunday — hinted he was skeptical.

“Yesterday I spoke with the French President on two occasions, with the second call lasting until 2:00 a.m. or so. He assured me that the American position has changed somewhat. But when I asked what these changes are, he, unfortunately, could not say.” Putin said.

He then referred to remarks made on Sunday by Blinken, who stressed once again that the issue of Ukraine’s membership in NATO is “an issue for Ukraine and for NATO.”

Assurances that Ukraine would not be admitted to NATO in the future are one of the central demands made by the Kremlin.

With his top officials assembled in front of him at the extraordinary meeting of the security council, Putin appeared following claims made by the Russian military earlier on Monday that troops and border guards engaged in a clash with a “sabotage and reconnaissance group from the territory of Ukraine” inside Russian territory.

“Russia has always tried to resolve all conflicts by peaceful means. Nevertheless, the Kyiv authorities conducted two punitive operations in these territories [Donetsk and Luhansk], and it seems that we are now witnessing an escalation for the third time,” Putin said, without further elaborating or providing specifics.

CNN has not independently verified reports of a clash inside Russia’s territory. Ukrainian Foreign Minister Dmytro Kuleba denied a clash occurred, saying on Twitter, “I categorically refute the disinformation of the Russian Federation.”

Kuleba said Ukraine “did not attack Donetsk, Luhansk, did not send saboteurs or armored personnel carriers across the border, did not fire on the territory of the Russian Federation or the checkpoint at the border, did not commit sabotage, does not plan such actions.”

The increase in combative language from Putin came as tensions grew once again in eastern Ukraine.

Ukraine’s Joint Forces Operation said it recorded 32 ceasefire violations as of 4 p.m. local time, a number that was roughly in line with those over the weekend.

Defense minister Oleksii Reznikov said Monday that Ukraine was not seeing any withdrawal of Russian forces from positions close to the border.

And in a further escalation, Belarusian officials announced Sunday that joint Russian military exercises in Belarus that were slated to end over the weekend would continue, implying that Russian forces may extend their stay.