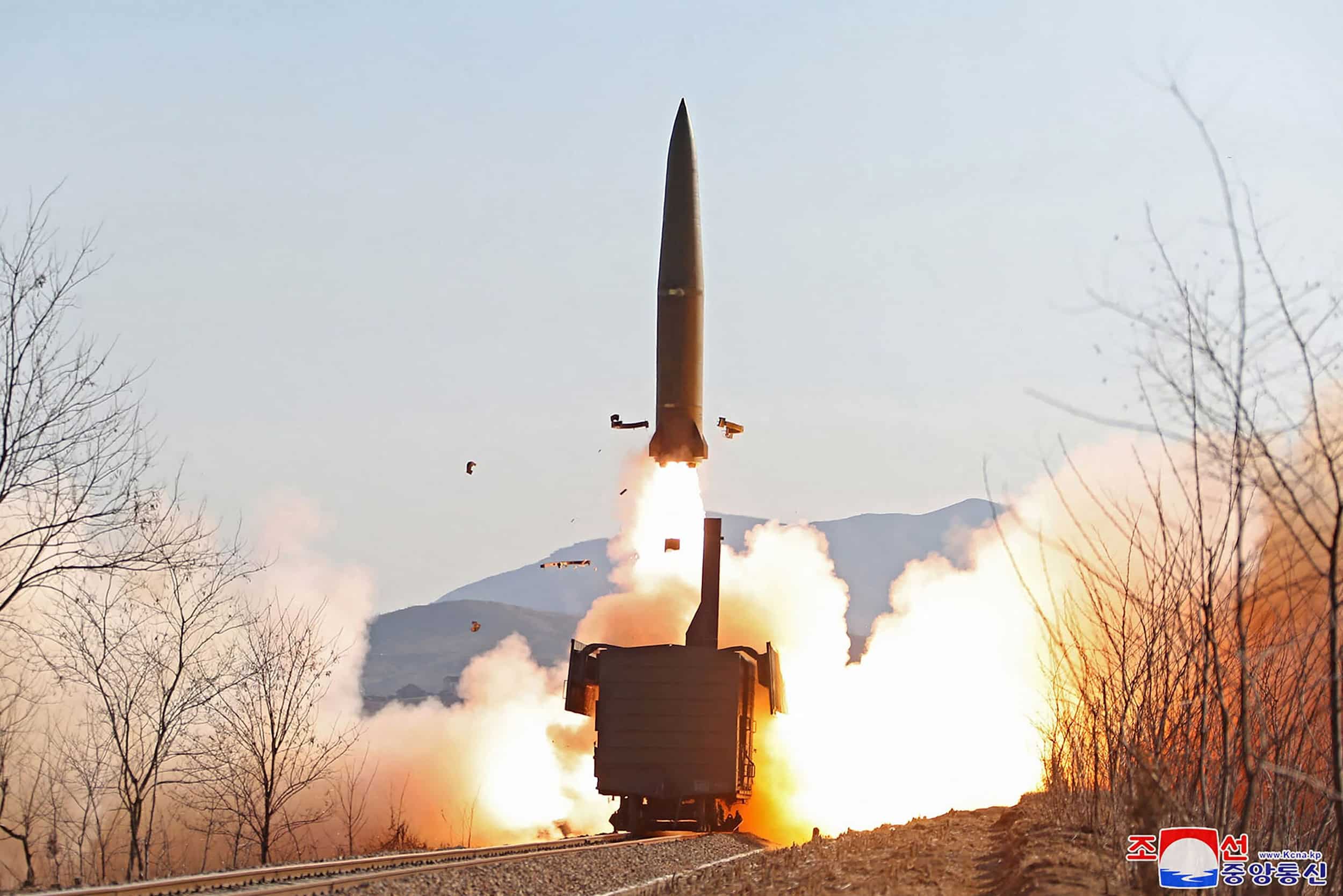 (CNN) — North Korea conducted what is presumed to be its fourth missile test of the year on Monday, firing two projectiles into the ocean off the east coast of the Korean Peninsula, according to South Korea’s Joint Chiefs of Staff.

Early estimates from Japan put the flight of the missiles at about 300 kilometers (186 miles) with a maximum altitude of 50 kilometers (31 miles), Kishi said.

Monday’s test follows two last week and one a week earlier as Pyongyang continues to pursue its missile program. North Korea claimed to have a successfully test-fired hypersonic missiles on January 5 and 11, according to the state-run Korean Central News Agency.

On Friday, a North Korean Foreign Ministry spokesman admonished the US for its posture against North Korea’s weapons development, adding, “If the US adopts such a confrontational stance, the DPRK will be forced to take stronger and certain reaction to it.”

And in a recent statement carried by KCNA, a spokesman defended the country’s right to bolster its arms, saying its “recent development of new-type weapon was just part of its efforts for modernizing its national defense capability.”

Leif-Eric Easley, associate professor of international studies at Ewha Womans University in Seoul, said after Friday’s test that Pyongyang “appears to be signaling it will not be ignored and will respond to pressure with pressure.”

“North Korea is trying to lay a trap for the Biden administration,” Easley said. “It has queued up missiles that it wants to test anyway and is responding to US pressure with additional provocations in an effort to extort concessions.”

Pyongyang is barred from testing ballistic missiles and nuclear weapons under international law, but it has continued developing the weapons in violation of that.

Here’s how US lawmakers could finally rein in Facebook