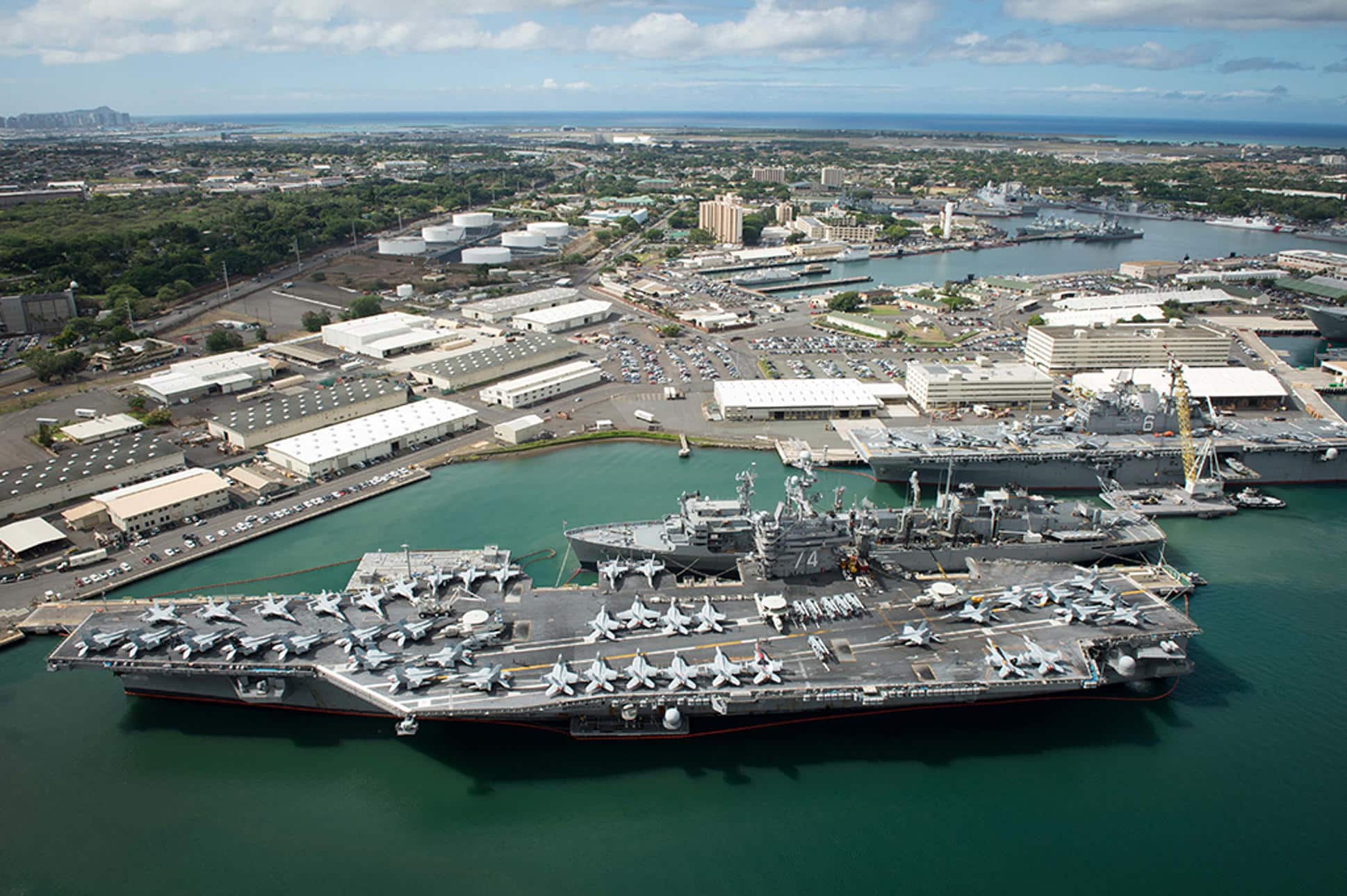 (CNN) — After a petroleum leak contaminated drinking water and sickened military families and children in Hawaii, the US Navy says it will follow an order from state health officials to halt operations at its Red Hill Bulk Fuel Storage facility.

The announcement came the day before a Tuesday hearing about the water crisis by the House Armed Services Subcommittee on Readiness and weeks after the Navy said it would contest the Hawaii Department of Health’s order.

The fuel facility sits 100 feet above the Red Hill aquifer, which supplies drinking water to Joint Base Pearl Harbor-Hickam and other parts of Hawaii. Nearly 1 million people on Oahu rely on it for water, according to the Hawaii Board of Water Supply.

Since November, members of the military and other residents have reported getting violently sick after drinking the water.

“First, it was my 1-year-old son and my husband. And two days later, it ended up being my daughter — she’s 4 — and myself. It was pretty severe abdominal pain. I’ve told people the only thing I can compare it to is labor pains, like contractions in my belly.”

Feindt and her children ended up in a hospital emergency room, she told CNN’s Brianna Keilar on Tuesday.

“We were all treated for throwing up, diarrhea, severe dehydration. My husband was having ocular migraines all the time, chronic coughing. It was really rough.”

On November 28, the Navy shut down its Red Hill well after reports of people living on base suffering nausea, vomiting, diarrhea, headaches and skin-related problems.

Testing revealed petroleum hydrocarbons and vapors in the water, the Navy said. US Pacific Fleet Deputy Commander Rear Adm. Blake Converse later confirmed a petroleum leak was the cause.

The Hawaii Department of Health recommended all Navy water system users stop using their water for drinking, cooking or oral hygiene, including for pets.

The military offered alternative housing for all service members and civilian employees living near the base. Officials said they covered the cost of hotel rooms for more than 700 people.

‘My house began to smell like a gas station’

“My house began to smell like a gas station and I couldn’t breathe. I was choking,” resident Bonnie Russell told CNN affiliate KGMB/KHNL in December. “I opened all the windows for the ventilation, but it still took quite a while for the fumes to clear.”

Another woman demanded answers from the military during a town hall meeting last month.

“My children took a bath and for 45 minutes afterward they complained of burning skin,” the woman said during the town hall, according to KGMB/KHNL.

And another resident at a town hall meeting said her toddler got violently sick after drinking the water.

“I’m here to ask why you weren’t a wingman to protect my 13-month-old son when I was bathing him, when I was giving him a sippy cup full of water from my faucet, when he has been throwing up for days on end,” she asked Navy officials.

“I’m here to ask why you weren’t my wingman as my husband and I have had mysterious serious symptoms such as sore throats, burning in my stomach, profuse, unusual sweating, headaches unable to be mitigated, requiring multiple ER visits for additional medications, vomiting, diarrhea, skin irritation.”

Secretary of the Navy Carlos Del Toro has called the situation “not acceptable.”

“The safety, health and well-being of our service members, civilians, contractors, their families and our communities here in Oahu is of the utmost importance to me,” Del Toro said in a December statement.

“This is not acceptable, and the Department of the Navy will take every action to identify and remedy this issue. We will continue to coordinate with federal, state and local entities to restore safe drinking water to the community.”

The Navy previously said it would contest the health department’s order but agreed to pause operations at the fuel storage facility pending the outcome of an investigation.

The Navy also said it would bring in a third party to assess operations and integrity of the facility and to suggest any necessary changes.

Monday’s shutdown of the Red Hill fuel storage facility was confirmed by Capt. Bill Clinton, director of public affairs and outreach for US Pacific Fleet.

The Red Hill fuel facility, located at Joint Base Pearl Harbor-Hickam, supports US military operations from all branches of service in the Pacific, according to the Navy.

“Unlike any other fuel facility in the United States, Red Hill can store up to 250 million gallons of fuel. It consists of 20 steel-lined underground storage tanks encased in concrete, and built into cavities that were mined inside of Red Hill.”