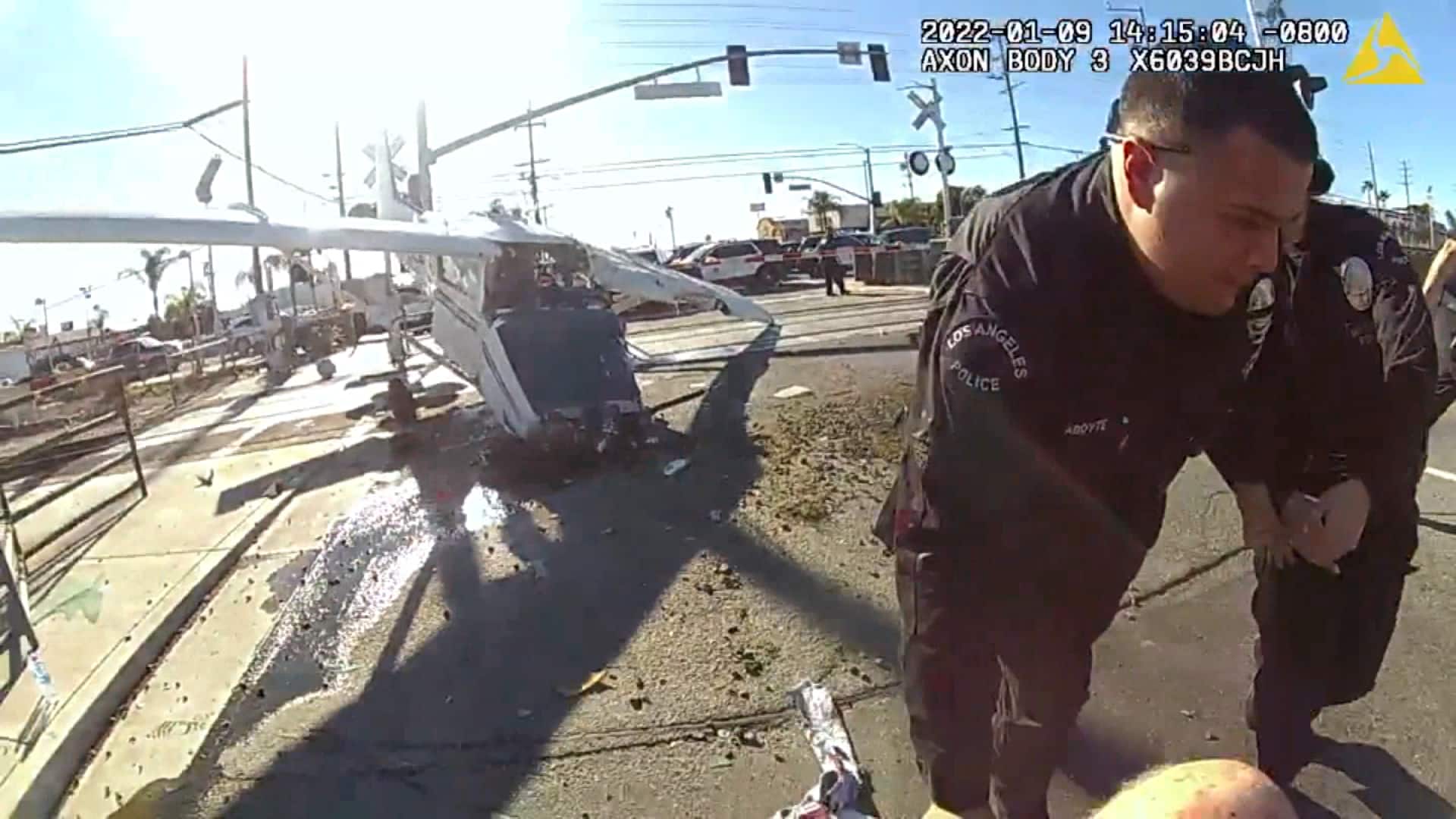 (CNN) — A commuter train speeding toward them, the police officers rush to the wrecked airplane on the tracks — its bloodied pilot still inside.

“Go, go, go!” an officer yells as they drag the apparently disoriented pilot to safety.

Four seconds later, the Metrolink train’s horn blasts as it rips through the empty plane, body camera video of the rescue Friday afternoon in a Los Angeles neighborhood shows.

The pilot had been the only person on the private, single-engine Cessna 172 when it crashed, said Rick Breitenfeldt, spokesperson for the Federal Aviation Administration.

“We have no reports of injuries to anyone on the ground,” he told CNN.

The pilot was taken to a regional trauma center, according to a news release from the Los Angeles Fire Department, whose Foothill Division responded in the Pacoima neighborhood. The extent of the pilot’s injuries were not disclosed.

CNN has reached out to Metrolink for updates on the condition of the train crew and passengers.

The pilot had taken off from nearby Whiteman Airport before crashing, Breitenfeldt said. The plane “lost power (and) crashed onto tracks” near Whiteman Airport, LAPD’s Operations-Valley Bureau tweeted.

The FAA and the National Transportation Safety Board ​will investigate, Breitenfeldt said. “The NTSB will be in charge of the investigation and will provide all updates,” he said.

International airlines suspend some US flights over 5G uncertainty