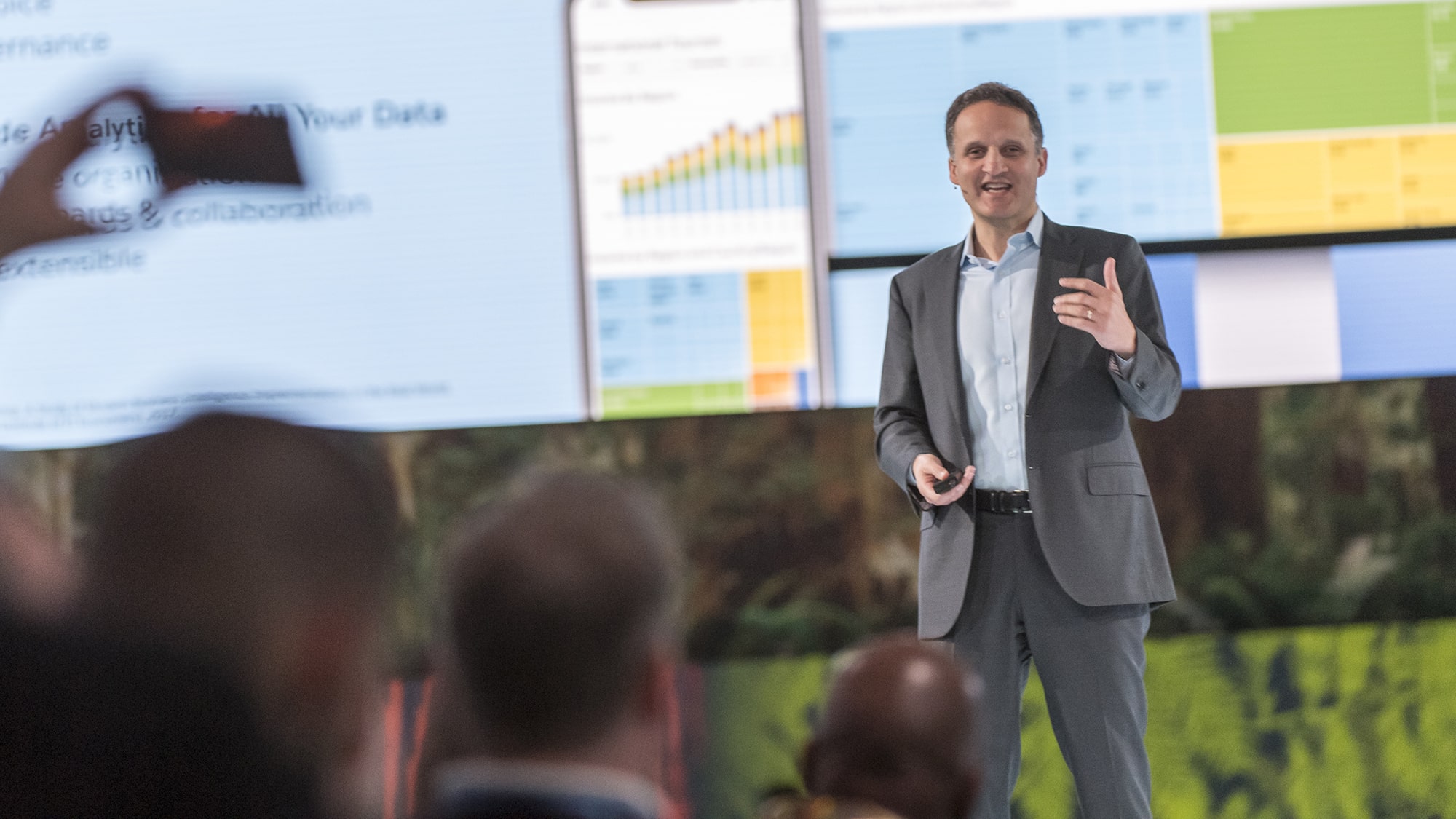 (CNN) — When Jeff Bezos decided to give up his role as Amazon’s chief executive earlier this year, it prompted the company to name not one but two new CEOs. The first, Andy Jassy, replaced Bezos as CEO of Amazon’s sprawling business. The second, Adam Selipsky, was hired in March to fill Jassy’s old role as CEO of Amazon’s single biggest moneymaker: Amazon Web Services (AWS).

Selipsky was no stranger to AWS. He first joined the Amazon cloud computing division in 2005, before its services were even publicly available. But in 2016, after 11 years with the company, he left. In the five years he was away running data visualization firm Tableau, the business and the industry changed considerably, bringing Selipsky a new set of challenges.

Annual revenue from AWS nearly quadrupled in that time, and the pandemic caused a huge surge in demand for cloud computing and cloud-based services. But the competitive landscape also intensified. While AWS pioneered cloud technology and is the longtime industry leader, rivals like Microsoft Azure and Google Cloud have stolen some of its market share.

One of the first major hurdles for Selipsky is the battle, especially with Microsoft, for lucrative government cloud services contracts.

In 2019, Microsoft won a contract to modernize the Pentagon’s IT infrastructure in a deal worth as much as $10 billion over 10 years, a major blow to AWS, which previously held a deal with the department. The contract was ultimately canceled after Amazon protested that former President Donald Trump had unfairly influenced the deal, but it signaled that AWS may no longer be the obvious choice for such major projects.

Now, both companies are expected to bid — potentially along with others such as Google Cloud and Oracle — for the Defense Department’s new Joint Warfighting Cloud Capability (JWCC) contract to replace the 2019 deal.

But in one of his first interviews since taking over as AWS CEO, Selipsky sounded confident about his company’s prospects. The new AWS chief said he believes his company still has an edge over Microsoft in clinching government work.

“We really were the first in the cloud to have big, significant government contracts in every area of government and years before any of the competitors,” he told CNN Business in an exclusive interview last week, which took place inside the new AWS Skills Center at the company’s headquarters. “We learned a lot about how to do cloud implementations and work very closely with federal government customers,” he said.

He added: “I think you’ll find, particularly given our leadership position, that our competitors spend a lot more time talking and worrying about AWS than we do about them — we choose to focus on our customers.”

(While such contracts are good for business, some employees have previously taken issue with the company’s work for certain government agencies, including Immigration and Customs Enforcement — a dynamic that may only add to Selipsky’s challenges in the role.)

Selipsky said Amazon never anticipated being the only winner in the cloud. And the industry has certainly gotten large enough to accommodate more than one major player — public cloud spending is expected to reach more than $300 billion this year, according to Gartner estimates from April.

“In any fast growing, interesting market segment, there’s going to be competition,” he said. “We’ve always thought there would be not a lot of winners, but a small handful of winners that emerge and have vigorous competition, and that’s what we see. But we still are the significant leader.”

We ‘really encourage’ employees speaking up

Shortly after Selipsky took charge of AWS, the business faced a different challenge from within. A group of employees circulated a petition alleging discrimination and harassment of women and minorities in one of the AWS business units, after which the company hired an outside firm to investigate. Similar employee activism has cropped up recently at Apple, Google and video game company Activision Blizzard.

While some companies have appeared to chafe at employee organizing (AWS parent company Amazon has faced criticism for what some see as anti-union efforts), Selipsky said he thinks workers speaking up may ultimately be good for the business.

“I really like the fact that people are bringing their whole selves to work and that they’re speaking out — we really encourage that,” he said. “I’ve found that if you have a really good process and really genuinely listen and show people that you’re taking the time to listen, even when they disagree with you at the end of the day, we all can lock arms and move forward together.”

He continued: “I really welcome the fact that a lot of topics are being discussed today that maybe were discussed less in the workplace five, 10, 20 years ago.”

Another growing concern with the cloud industry is that the data centers it relies on are energy intensive. Much of that computing is still reliant on fossil fuels, but Selipsky said AWS is working to change that in keeping with Amazon’s larger promise to be net carbon zero across the company by 2040. Amazon’s climate pledge was announced in 2019 just ahead of a planned walkout by employees over perceived inaction by the company on climate change.

“Amazon intends to be 100% renewable energy by the year 2025 … and we’re already about two-thirds of the way there, so we’re making significant progress,” he said. “Just given our size and our scale and the things like the data centers we operate, we really have to drive them with renewable energy in order to hit that [2040] goal. We’re doing a lot of innovating ourselves, we’re doing a lot of partnering with a lot of companies, a lot of governments, a lot of nonprofits to reach those goals.”

Selipsky will have his first chance to address customers at AWS’s annual cloud conference, Re:Invent, in Las Vegas later this month. He said customers should expect announcements in some of “our oldest and most basic services, things like compute and databases and storage,” as well as “exciting announcements about higher level services and industry specific solutions.”

“It’s absolutely imperative that we continue to understand [customers’] evolving needs, which are changing very quickly, and we’re going to evolve right along with them,” he said.