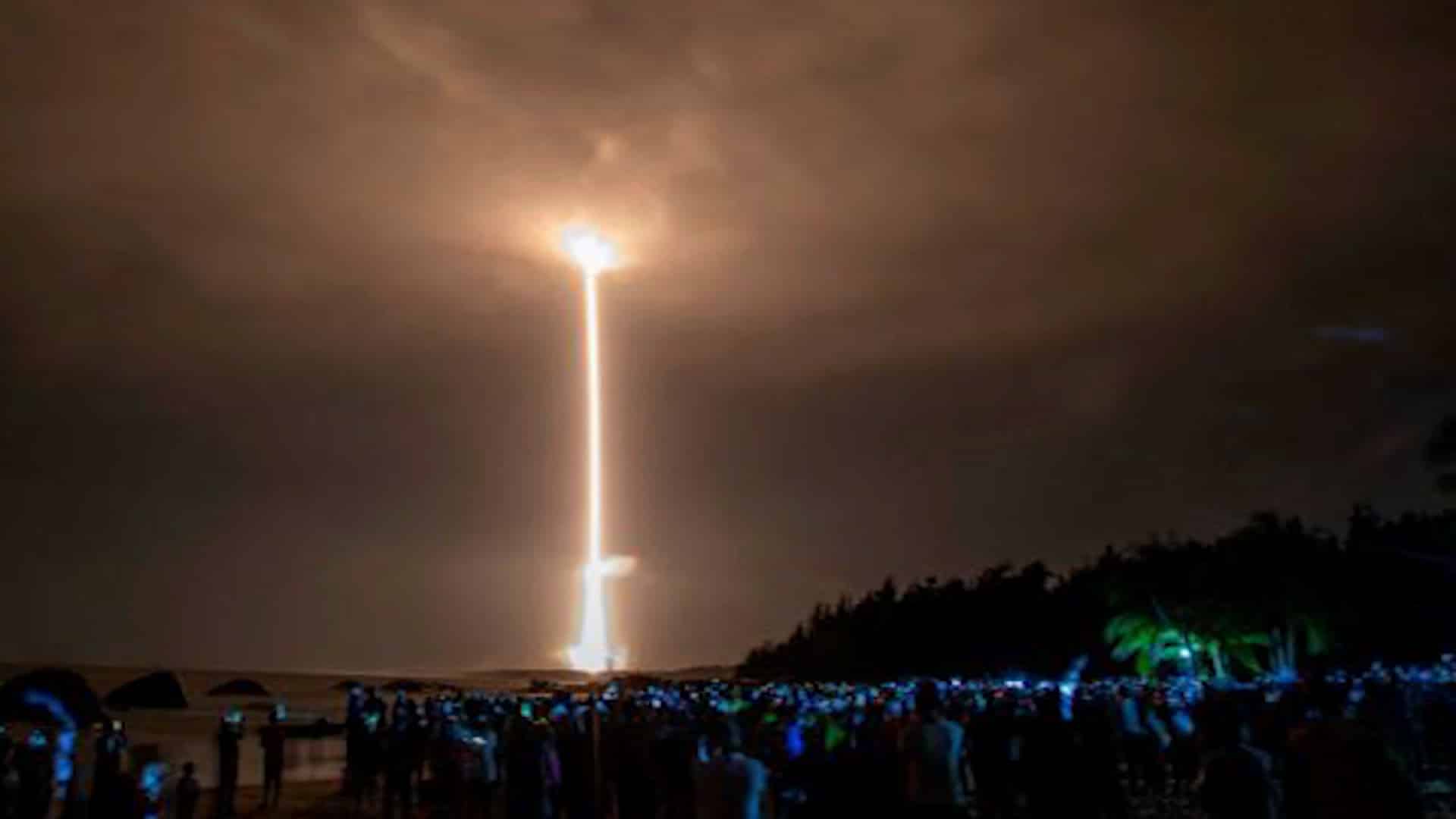 (CNN) — China’s test of a nuclear-capable hypersonic missile has given new fuel to critics of President Joe Biden’s ambitious agenda to scale back America’s nuclear arsenal, with intelligence and defense officials warning that the Chinese launch marked a significant technological leap that could threaten the US in new ways.

News of the launch is coming to light publicly as the administration nears the end of its nuclear posture review. Biden’s national security team has been working toward a policy of increased restraint and more limited spending on nuclear modernization and production. The President has also been weighing a “no first use” policy for U.S. nuclear weapons, according to people familiar with the discussions.

Others within the administration are waving red flags, however. Intelligence officials told the Senate Intelligence Committee in private briefings that the Chinese test — which they tracked closely as it was happening — marked a substantial advancement in China’s ability to launch a strategic first strike against the United States, according to people familiar with the briefings.

While it does not necessarily give China an upper hand over the US, the briefers said, there were certain elements of the missile’s capabilities and how it operated that took the officials by surprise. China also built and successfully tested the technology faster than the US predicted they might be able to, according to a former arms control official who served until January. A hypersonic test carried out by the Pentagon on Thursday, meanwhile, failed — the second failed test since April.

The Chinese test also demonstrated the potential ability to launch an attack from over the South Pole, a trajectory that has long worried the US because of the lack of systems designed to provide early warning of such an attack, defense officials said.

“It is a first-strike capability and emphasizes the need for us to continue our modernization program apace,” said one senior Republican congressional staffer, referring to ongoing efforts at the Pentagon and National Nuclear Security Administration to overhaul the American nuclear arsenal. “So, it cuts against the narrative that we can reduce the role of nuclear weapons when Russia and China are racing full steam ahead.”

Other officials and experts are not as concerned by the missile test and say that — while it was intended to be provocative — the technology does not give Beijing an upper hand and is therefore not destabilizing.

“My advice today is to not overreact to the system,” said Jeffrey Lewis, a professor and nuclear weapons expert at the Middlebury Institute for International Studies. “China already has 100 nuclear weapons that can target the United States and I can live with that fact. That’s nuclear deterrence.”

He added that “I am not alarmed by this particular step so much as I am by the fact that it is one of a series of footfalls in what is becoming an arms race.”

Asked about the launch during a CNN town hall on Thursday, Biden said that Americans should not be worried about whether China and Russia will ever have a more powerful military than the United States. The real concern, he suggested, is an unintentional escalation that spirals out of control.

“What you do have to worry about is whether or not they are going to engage in activities that put them in a position where they may make a serious mistake,” he said.

At the same time, however, Biden went further than previous presidents in suggesting the US would be ready to confront China militarily in the event of an attack on Taiwan.

“We have a commitment to do that,” he said. The White House later attempted to walk back that comment.

A senior administration official told CNN that Biden’s “position on proliferation has not changed,” but said the nuclear posture review will consider the current security environment.

“The Biden-Harris Administration is committed to renewing American leadership in nonproliferation and addressing the existential threat posed by nuclear weapons,” the official said. “The United States initiated its Nuclear Posture Review earlier this year to look at these issues. The review will take account of the current security environment and will assess U.S. strategy, posture, and policy. We will continue to maintain a safe, secure, and effective strategic deterrent while looking to address the existential threat posed by nuclear weapons.”

Still, the successful Chinese launch has also factored into the administration’s ongoing missile defense review, and Congress is now demanding that the administration explain how it is working to detect and defend against hypersonic missiles.

Last month, the House Armed Services Committee added an amendment to the markup of the National Defense Authorization Act (NDAA) outlining its concern “about the inability of current radar systems to detect, track, engage and defeat emerging threats from hypersonic weapons,” Defense News reported at the time. “As identified by the National Defense Strategy, the Department of Defense has an immediate need to reinforce efforts to counter these weapons.”

The committee had reviewed the intelligence about China’s missile test when it added that amendment, congressional staffers told CNN.

“We just don’t know how we can defend against that type of technology,” the US’ disarmament ambassador, Robert Wood, told reporters this week in Geneva.

Pressure on Biden to stick to status quo

The nuclear posture review was the subject of much internal debate and politicking even before China tested the new missile, sources said.

Biden has long been in favor of reining in the American nuclear arsenal and he and his national security team have been weighing whether a “no first use” policy would help reduce nuclear tensions with adversaries.

“We have added all these conditions where we can actually use a nuclear weapon. We have gone backwards,” she said.

There has been some internal opposition to the more progressive-minded members of Biden’s team, however. Biden’s top nuclear policy official at the Pentagon, Leonor Tomero, was ousted last month in what the Defense Department insisted was just a reorganization. But Tomero’s allies saw the move as an attempt to influence the direction of the nuclear posture review, which she was overseeing.

“She is more progressive on these issues, and some at the Pentagon were worried about what she might do,” said Lewis, who is friends with Tomero. “This was not a case of her getting crosswise with the President. It was just a case of the building being very conservative.”

Mallory Stewart — another progressive-minded official who was nominated by Biden to serve as assistant secretary of state for arms control, verification and compliance — is also running into opposition on Capitol Hill.

Sen. Jim Risch, an Idaho Republican who is the ranking member on the Senate Foreign Relations Committee, has said he opposes Stewart’s nomination due to objections from US allies over the administration’s consideration of a no first use policy. Stewart has been involved in the nuclear posture review in her role as the nuclear policy and arms control lead on the National Security Council.

“I would definitely agree that there are certain concerns about what is possibly in the consideration process,” Stewart said when asked about the allies’ objections during her confirmation hearing earlier this month. “But I think the effort that we are undergoing to engage with them is to really understand what those concerns are and to hopefully address those concerns through part of the engagement process.”

The reluctance to pour too much money into nuclear modernization, and the possibility of a shift to a no first use policy, has rattled some allies — including Germany, the United Kingdom and France — who are acutely worried about the threat posed by Russia, sources said. The administration has surveyed more than two dozen allies for feedback throughout the course of the nuclear posture review, the sources added.

“The most important thing” allies will want to see out of the review is a “US commitment to renewing its own nuclear forces,” said a former senior British defense official who was involved in the discussions before leaving government in July. Of particular concern to the U.K., the former official said, is the continued development of the W93 warhead, which would be the first newly designed warhead added to the US stockpile in decades.

But a potential shift in American doctrine specifying the conditions under which it would use a nuclear weapon, as opposed to the deliberately ambiguous policy that has long been in place, “worries us profoundly,” the former official said.

“The concern is that it would be interpreted by the Russians as a weakening of America’s commitment to simply not allow a nuclear coercion of Europe,” he said. “Russia now looks more threatening than at any point since the 1980s. So, for Europeans, it seems to be a really odd moment to be calling into question a pillar of NATO policy that has worked so far.”

Rahm Emanuel, Biden’s nominee to be envoy to Japan, indicates China would be a central focus of the job

Riders who did not intervene during alleged sexual assault on a SEPTA train won’t face charges, prosecutor says