Home Breaking News Rahm Emanuel, Biden’s nominee to be envoy to Japan, indicates China would be a central focus of the job 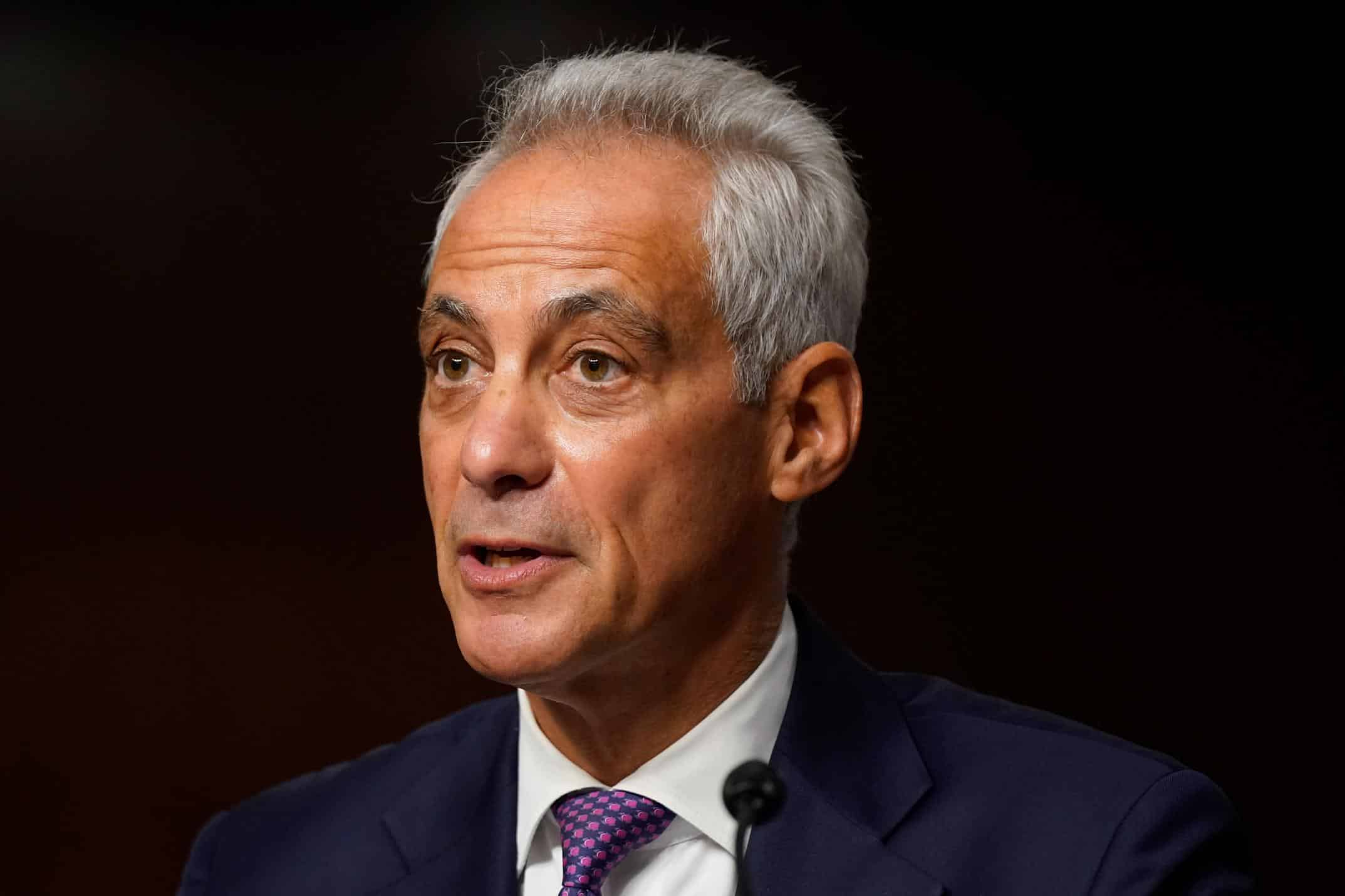 (CNN) — Rahm Emanuel, the Biden administration’s nominee to be ambassador to Japan, made clear Wednesday that he believes a core part of the envoy job is about countering China.

Emanuel appeared before the Senate Foreign Relations Committee Wednesday along with two other nominees for ambassadorships in Asia — Nicholas Burns to become the US envoy to China and Jonathan Kaplan, who would represent the US in Singapore — in an extended hearing that was dominated by the perceived long-term threat posed by Beijing.

“China aims to conquer through division, America’s strategy is security through unity. That regional unity is built on the shoulders of the US Japan alliance,” Emanuel told senators. He cast the next few years — ones he would spend in Tokyo if confirmed — as decisive.

“What we build in partnership with Japan over the next three years, will determine America’s posture for the next 30 the challenges and opportunities we face,” Emanuel said and suggested that with China’s increasing levels of assertiveness, Asia Pacific countries understand the region is at an “inflection point” and want US leadership.

“They’re desperate for America, all in,” Emanuel said.

The 61-year-old testified before senators following reports that China had conducted a hypersonic missile test — later denied by officials in Beijing — and not long after China’s air force conducted a record-breaking number of flights into Taiwan’s airspace. Adding to regional tensions, North Korea has conducted a barrage of missile tests in recent weeks and claimed Tuesday to have successfully tested a submarine-launched ballistic missile.

Emanuel touted the US-Japan military alliance and Tokyo’s move to increase defense spending beyond the long-standing cap of 1% of GDP, calling it “a sea change in thinking” that would help address rising threat levels.

“It’s a reflection that they know they have a greater role to play, and they have greater threats,” Emanuel said. “It’s also a bulwark — it makes sure that China hears that this is a part of the world that we’re going to stay, in that our ally, our No. 1 ally in the region, is now upping its game in a way that could not have happened before.”

Emanuel also stressed other aspects of US-Japan cooperation, including investments in climate change, infrastructure and intellectual property protection, and the opportunity for greater coordination with Japan on supply chain security, particularly on the key area of microchips.

“I think Japan is ready for the type of next stage in [the] US-Japan relationship,” Emanuel said. “It’s an opportunity to actually start to, as I would say, tighten the economic integration of the largest and the third largest economy. When those two are tight, it’s a very, very strong force.”

“Those are not challenges, those are opportunities …. and when we do that together, not only do we send a signal to China, but more importantly we send a signal about America. We are strong because of our allies,” he said.

In contrast, Emanuel said, “China has one strategy: A one-way road to Beijing’s benefit, and everybody in that region, most importantly Japan, knows that the United States doubling down on its commitments in the Indo-Pacific area makes them more secure, makes the region more safe and open.”

“It’s a values-based system, not based on one country’s proclivity. And anything that challenges that must be met with the united force of all of our allies and friends in the region,” he added.

The envoy posting would be the first international job for the former Chicago mayor and Democratic political operative. Emanuel has served as an adviser to Chicago politicians and former President Bill Clinton, chief of staff to former President Barack Obama, and a House lawmaker, becoming a prodigious fundraiser for the Democratic Party along the way.

His tenure as mayor briefly overshadowed the hearing when he was asked in the opening minutes to defend his handling of the 2014 police shooting of a Black 17-year-old named Laquan McDonald and questioned further about it by Sen. Jeff Merkley, an Oregon Democrat.

Emanuel — who was accused of suppressing video that contradicted police accounts of the killing, a claim that he denied — appeared before the committee exactly seven years to the day that McDonald was shot 16 times, with most of the bullets striking him as he lay limp on the ground. The event that has led some progressive House Democrats to vigorously protest his nomination.

‘I think it’s important to actually weigh this’

Merkley was the one senator to raise it during the nomination proceedings, asking Emanuel to provide written answers to explain further his actions at the time.

“In this time of national reckoning with the challenge of Black Lives Matter, when (Chicago) aldermen and state representatives and state senators say this was an issue, that there was close cooperation during your time as mayor between the mayor’s office to cook, to essentially discourage the release of information, and to not develop significant reforms … I think it’s important for this committee, to, to actually weigh this,” Merkley said.

Early in the hearing, Emanuel had offered lengthy remarks explaining and defending his decision making at the time, and said he was not found to have done nothing wrong.

“There was a number of inquiries, both by the Inspector General, a special prosecutor, all looked at what happened in the events afterwards,” Emanuel said. “And nobody suggested or concluded that anybody in my office or I, myself, did anything improper.”

“As you know, there’s a long-standing protocol and practice that nothing’s released in the middle of an investigation for fear of either prejudicing a witness or endangering a prosecution. That was the practice longstanding, not just in Chicago, across the country,” Emanuel said.

But he said that caution “runs headlong into another very important value, and that is the deep suspicion, distrust and skepticism that exists in the community about the authorities investigating the authorities and getting to the bottom of what happened.”

“The longer an investigation goes on, the greater the distrust and the greater the skepticism about what’s really happening here and that it’s not about finding out what happened and getting to the bottom of it, but this is a whitewash and a cover up,” Emanuel said.

He added that while he made changes to oversight in his first term, he did not fully understand the levels of distrust among Black Americans for institutions like the police. The changes were “on the best, marginal, I thought I was addressing the issue, and I clearly missed the level of distrust and skepticism that existed.”

Emanuel cited letters of support for his nomination that he had received from Chicago leaders in the Black community and McDonald’s great uncle, and told senators that, “there’s not a day or a week that has gone by in the last seven years I haven’t thought about this and thought about the ‘what-ifs.'”