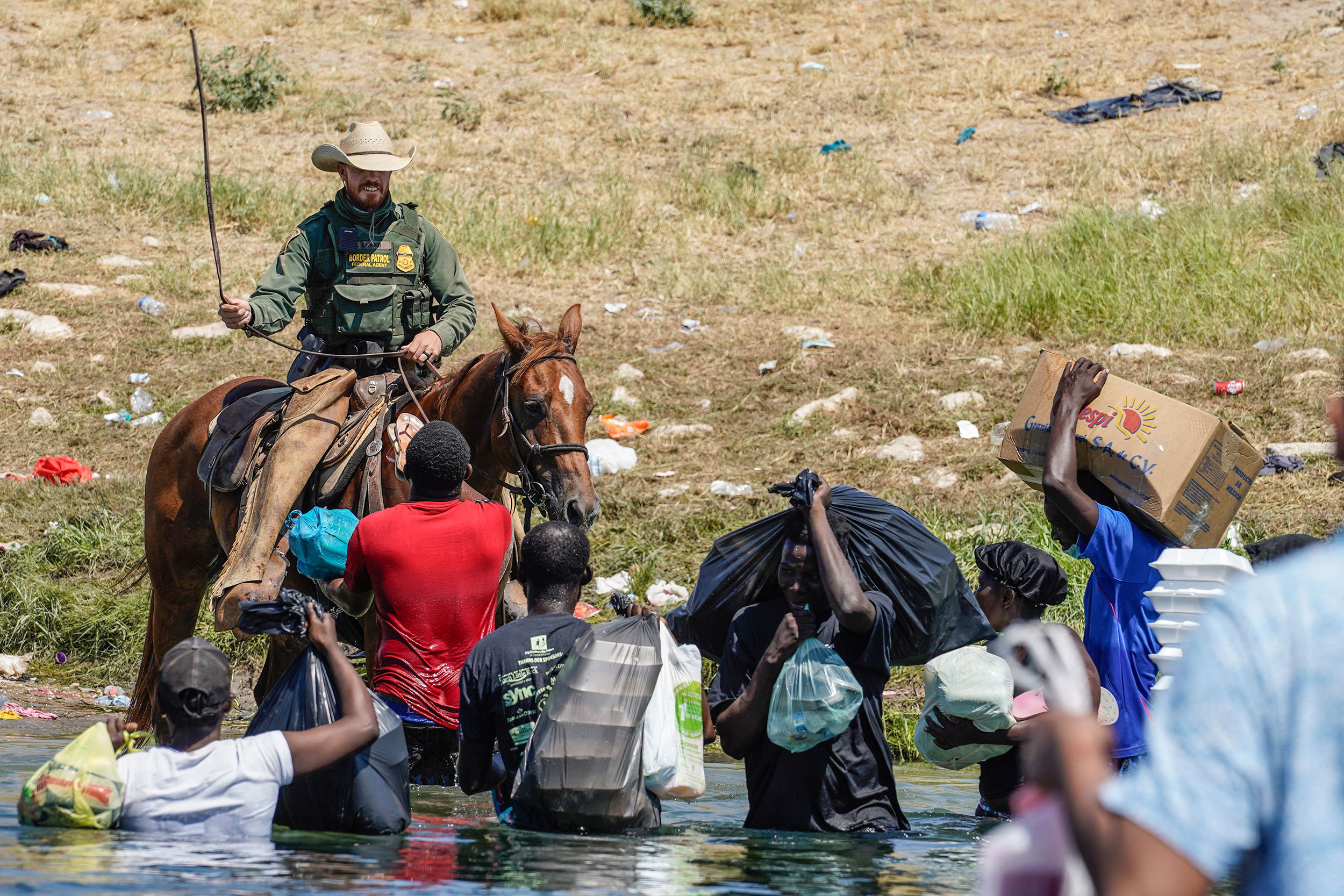 An investigation was launched after video of Border Patrol agents on horse patrol aggressively confronting migrants surfaced earlier this week. Several top administration officials as well as congressional Democrats have expressed outrage over the images.

“We have ceased the use of the horse patrol in Del Rio temporarily. We’ll prioritize other methods for identifying individuals who might be in medical distress,” the DHS official said.

The official also told reporters Thursday that the department did not have intelligence to suggest there would be a surge of migrants flowing into the sector as has been seen over the last week.

The department had been closely following the movement of migrants through the hemisphere and working with law enforcement partners in transit countries.

The official added that the US is “working closely with the government of Mexico and our partners in US government to try to pull on that thread and see how we can enhance visibility into those organized movements.”

DHS officials declined to provide a number of how many migrants have been released into the US, saying it takes time to collect the data, but added that there are a number of reasons why individuals may not be expelled based on case-by-case determinations, such as vulnerability and limited capacity.

One official said “several thousand people” who were in Del Rio are believed to have returned to Mexico.

This story has been updated with additional information.

Top US general meets with his Russian counterpart in Finland