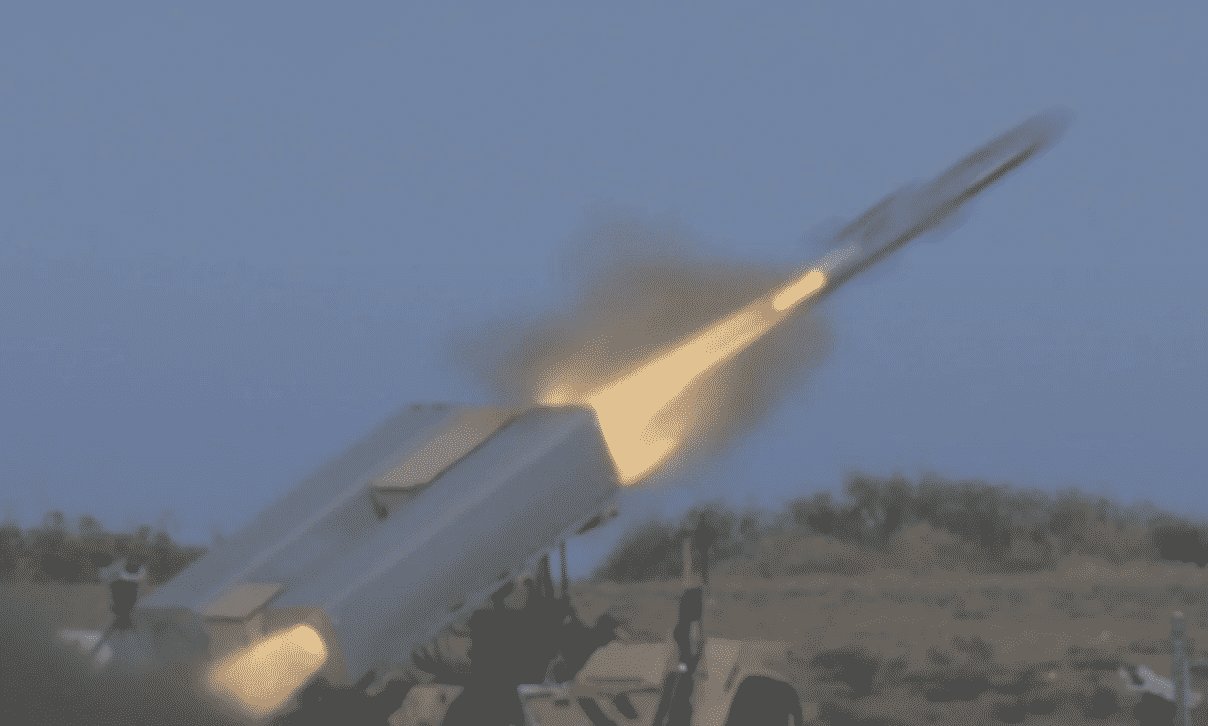 Navy ships have for years been able to attack and destroy enemy ships from the ocean with surface fired anti-ship missiles, yet launch points can have little flexibility making it more difficult to establish the element of surprise.

Now, in keeping the the Pentagon’s fast-evolving multi-domain warfare strategy, the Marine Corps has acquired a weapon aligned with its ongoing strategic initiative to develop a land-based anti-ship missile.

Interestingly, the Navy and Marine Corps have been working with the Army to explore the use of Army land-based munitions as weapons able to attack ships at sea. As one senior Army weapons developer put it to me, it does not matter if a target is over the ocean, we can still fire at it and attack from land.”

These kinds of efforts included using land-fired rockets and artillery to target and destroy maritime targets. NMESIS, which is a ground fired Naval Strike Missile, is the first actual fully application of its Ground Based Anti-Ship Missile program. .

The Marine Corps GBASM is intended to be a disaggregated, multi-domain mix of combat tactics and variables to include advanced maritime, air and land-based operations, including an ability for newer kinds of land-sea “island hopping” amphibious attack wherein Marines and even heavy weapons transport and transition quickly from sea to shore and back .. quickly.

“Everything our adversaries have designed over the last 20-30 years are intended to counter [the DOD’s] ships and aircraft,” McPherson said in the Corps’ story. “The Marine Corps bringing a ground-based solution complicates [the adversary’s] ability to counter our anti-ship capabilities since ground-based launchers, as we’ve found in previous wars, are hard to find.

This is what NMESIS brings to the fight—a launcher that is survivable inside the enemy’s weapons engagement zone.”

The NMESIS effort clearly seems to introduce advantages for amphibious warfare and may be transported by the Corp’s now-in-development “island-hopping” Light Amphibious Warship.

The LAW, as its called, is a mobile, littoral, amphibious warfare oriented attack and transport system for Marines and weapons systems, the kind of platform of particular value should there be a need to set up land-fired weapons on islands or coastal areas as part of a maritime operation.

NMESIS represents the growing extent to which the Navy and Marine Corps are continuing to find new uses and potential adaptations for its Naval Strike Missile which now arms the Littoral Combat Ship. The Corps is doing this for the purpose of widening the mission envelope to encompass a greater sphere of attack possibilities to include amphibious attack, more varied maritime attack and even mobile ground-based anti-ship missile fires.

The NSM, a Raytheon-Kongsberg weapon in development for many years, arms the LCS to offer an over-the-horizon attack option to the ship, something designed to give commanders an ability to track and destroy incoming anti-ship missiles at safer ranges.

Additional uses for the weapon include the engineering of new variants that can fire from land to destroy anti-ship missiles from different vantage points. Additional adaptations to the weapon include wider distribution across the LCS fleet and, perhaps v various kinds of electronic enhancements or software upgrades to improve guidance, reliability or range.

The Naval Strike missile first emerged in 2012 and includes a 156-in missile powered by a launch phase solid propellant rocket motor booster and a turbo-jet engine fueled by JP-10 to enable subsonic speeds and sustained flight.

While weapons themselves are rarely referred to as stealthy, the NSM is designed to have a lower radar signature by virtue of being able to attack close to the surface in sea-skimming mode, essentially below the aperture of many ship-based radars. The weapon also has a range of up to 100 nautical miles as well as advanced seeker technology, Raytheon developers said.

“It climbs and descends with the terrain and performs evasive maneuvers to counter the world’s most capable defense systems. NSM possesses the capability to identify targets down to ship class — a feature that is vitally important to warfighters who must strike only specific, selected targets in congested, contested and denied environments,” a Raytheon paper on the weapon said.

In terms of production, Raytheon invested in domestic manufacturing facilities to ensure their capacity to meet the demand signal from Navy, Marine Corps and other customers. Because they’re buying the identical missile, using the same contract vehicle, the Navy and Marine Corps actually save money through reduced unit prices and logistics commonality.

Logistics commonality also quite naturally helps support the Navy and Marine Corps’ multi-domain warfare strategy. For example with proper networking, a land-based NSM could function as a critical defense “node” within a broader meshed system of sensors, meaning its targeting technology might be in position to find launching enemy weapons and pass the information to allied assets.

What is more likely, however, is that an island NSM might receive targeting specifics from an aerial drone, submarine or ship-based radar system

Part of the GBASM NSM system can operate as a transportable and highly expeditionary missile-armed ground robot vehicle able to maneuvering into attack positions from land and sea.

It is a teleoperated robot missile, called the Remotely-Operated Ground Unit for Expeditionary Fires, a survivability enhancing element of the Corp’s now-being-acquired NMESIS weapon, a new system which adapts the ship-launched Naval Strike Missile from the ground. Part of the application of the program includes the use of a missile-armed robot.

A key element of the system’s survivability is its teleoperated transport vehicle, called the Remotely-Operated Ground Unit for Expeditionary Fires.

“By going with a teleoperated vehicle, we increase the survivability of the crews because they’re not co-located with the launcher, which tends to be what gets targeted,” Joe McPherson, program manager for Long Range Fires at MCSC, said in a Marine Corps story.

Mounted on a Joint Light Tactical Vehicle type of platform, the so-called ROGUE-Fires operates with a remote controller to command multiple launchers. Interestingly, the vehicle can function either in teleoperations mode or more fully in autonomous mode.

A teleoperated options enables human decision-makers and Marines to make the key decision about when or if to fire the missile, yet the targeting, sensing and surveillance can all be done independently by the vehicle itself.

Advancing levels of autonomy make it such that the robot vehicle is engineered with advanced algorithms to avoid obstacles or independently change course as needed. In keeping with Pentagon doctrine, McPherson was clear to emphasize in the Corps report that humans will always remain in control when it comes to the use of lethal force firing from the robotic-vehicle.

“The actual fire control system that fires the missile is completely separate from all of the self-driving and autonomy,” said McPherson. “There’s always a Marine who does the mission plan and actually fires the missile.”

The Naval Strike Missile armed ROGUE-Fires robotic vehicle has been demonstrated multiple times, including instances where it adapted its flight trajectory to adjust to a new target and maneuver around obstacles. Described as a “non-linear” flight path trajectory, the NSM was able to fly as far as 100 miles while maneuvering around obstacles to its target.

“We made it fly a [non-linear] route to simulate what Marines would experience in a real-world situation, where they may have to navigate around friendly and neutral shipping or any other impediments between the ground-based firing position and the target,” said McPherson.

Jelani Day will be buried today. His family is still looking for answers on what led to his death