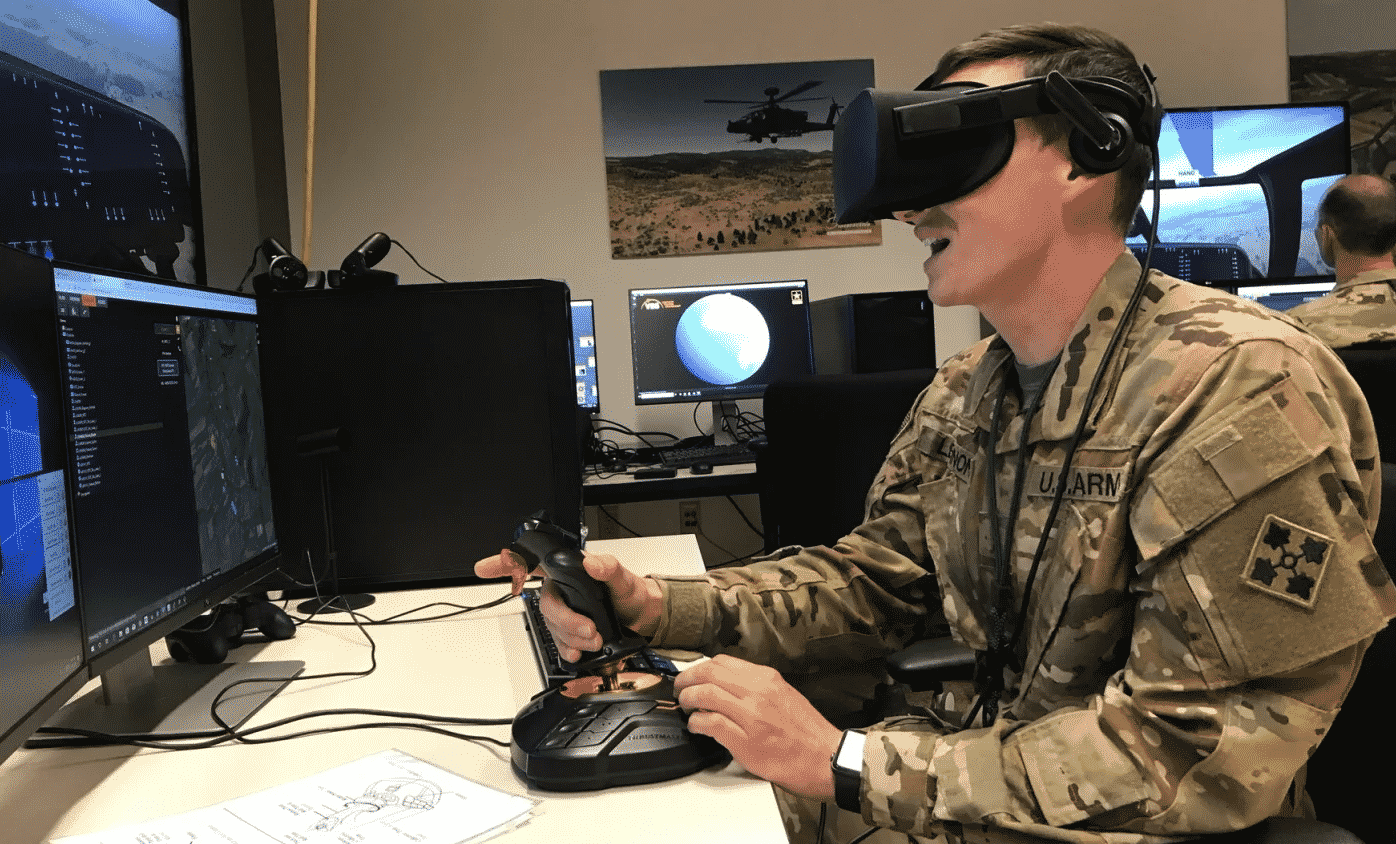 The exercise, intended to virtually “create” high-threat, multi-domain modern warfare, was intended to move the Army closer to its goal of engineering a new “force-on-force” mobile training technology designed to prepare soldiers for the risks and perils of a new kind of war.

The August, 2019 experiment, called “Unified Challenge Simulation Experiment,” aligns entirely with the kind of soldier-centric virtual training sought after by the Army, as explained in an Army Needs Statement from earlier this year. In the statement, the Army calls for a specific technical ability to design virtual training systems “based on accurate hit/kill probabilities and on accurate damage and casualty assessments.”

In an effort to present the most realistic, future-oriented simulation, the experiment included weapons systems which do not yet exist, Cassibry said — such as advanced robots, future combat vehicles and AI-enabled armed platforms. While a large-scale simulated experiment, the Army’s Unified Challenge effort is closely aligned with the Army Needs Statement because it was heavily centered upon individual soldiers and how they can best leverage virtual training for increased effectiveness in combat. Part of this, as explained in the Army needs statement, involves an integration between dismounted soldiers, weapons systems and larger platforms.

Grenade-launcher attacks, land-mine threats, short-range indirect fire operations, mortar combat, small arms engagements and air-ground “networking” for dismounted soldiers are all key details outlined in the Army’s statement of need. The Army’s solicitation calls for technology that can create an “accurate representation of munitions trajectory and time of flight with near real-time data exchange.”

Hosted by the Fort Benning Maneuver Battle Lab with support from Army Futures Command and TRADOC Centers of Excellence, the Unified Challenge Simulation Experiment used virtual training to replicate “penetration through maneuver, disaggregation of an enemies’ mid-range systems and defeating land forces in the close fight,” according to Army officials.

Army industry partners have been working on a range of emerging technical solutions intended to meet the Army requirements for dismounted-soldier virtual training technology outlined in the needs statement.

One example, in development for seven months, is Raytheon’s technical effort to answer the requirements articulated by the Army Futures Command Synthetic Training Environment Cross-Functional Team and Army acquisition. Called Synthetic Training Environment Soldier Virtual Trainer (STE SVT), Raytheon’s technology seeks to meet the Army’s requirement for weapons, realism and the integration of infantry “dismounts” into a larger multi-domain combat apparatus. The STE SVT system, developed internally by Raytheon, is engineered as a mobile, small form-factor training technology that includes several computers, a virtual reality headset, and advanced software. It primarily uses commercial technology to replicate warfare, including launching artillery fire, tracking dismounted soldiers, hitting targets with a laser rangefinder and even pulling up live drone video — all presented for the user with an interactive moving map complete with terrain, weapons and graphics showing the location of friendly and enemy forces.

STE SVT and other industry efforts appear to try to mirror the virtual warfare dynamics entertained in the Army’s “Unified Challenge.” A key goal of the Army effort, represented by both the Simulation Exercise and Army Needs Statement, is to not only capture mechanized armored warfare in virtual training but to specifically explore the nuances of air-ground, multi-domain combat operations with a mind to “dismounts,” “scouts” or individual groups of soldiers on-the-move.

“We sought to validate our concept of maneuver and how brigades fight as part of a joint force on an expanded battlefield. We want to converge future capabilities at the tactical level,” Cassibry said.

With this in mind, Unified Challenge was intended to inform Army doctrinal efforts to craft new Tactics, Techniques and Procedures suited for both current and future warfare scenarios, Army leaders said. This included assessments of how an Infantry Brigade Combat Team should operate in distributed future warfare engagements.

“This is designed for ‘dismounts’ in a complex modern environment,” Buhl said. The software and moving graphical displays place individual soldiers and weapons systems into an integrated multi-domain combat sphere to include tanks, helicopters drones and small groups of fighters on-the-move, he added.

“You can now be in that environment with them and do air-ground integration, dismounted and mounted integration. Virtual training, in a dismounted operational environment, enables us to bridge the gap,” Buhl explained.

Operators can, for instance, draw upon live drone feeds to give targeting information to self-propelled ground artillery vehicles, providing fires out to a specific target range at a calculated ballistic trajectory. In an effort to meet Army requirements, Raytheon is developing several different training variants to include weapons engagement, call for fires and force-on-force scenarios.

Raytheon’s call for fires training technology corresponds to the kinds of sensor-shooter-soldier integration sought after by the Army in Unified Capabilities.

“Do we have adequate observation systems for long-range precision fires? How do we see what we are trying to hit,” said Col. Mark Bailey, Futures & Concepts Center’s Joint and Army Experimentation Division Chief.

The Army and industry effort is, by design, not restricted to traditional notions of armored land warfare but rather oriented directly toward integrating space, cyber and electronic warfare dynamics.

“For the first time we were able to apply some of the non lethal effects in support of maneuver forces. We also learned that if you enable maneuver with space and cyber, you can enjoy more freedom of maneuver. If you are not dominating the EW in the future, you are going to have a difficult time. We are learning that the threat is willing to attack at this vulnerability,” said Chris Willis, Maneuver Battle Lab’s Modeling and Simulations Branch Chief. 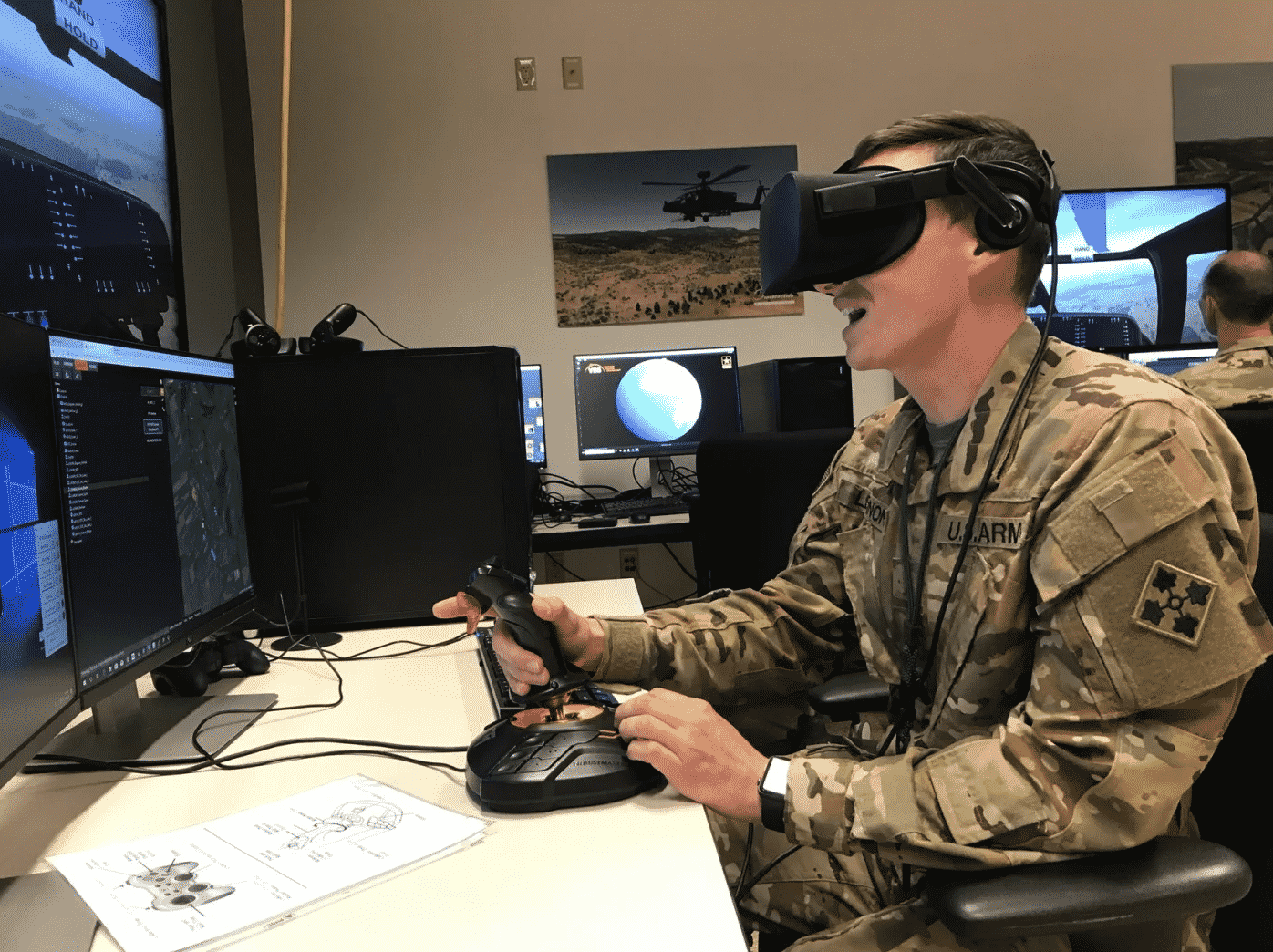 Cyber-hardening these kinds of integrated radio-computer-sensor integrations requires a specific focused effort, Buhl said; STE SVT is seeking to offer both secure individual or stovepiped use as well as “distributed” or “networked” opportunities through cloud applications.

Army and industry efforts, centered very much upon individual infantry operating in dismounted mobile units, seem to seek a defined synergy between soldier-driven human decision-making and changing combat variables. Interestingly, a recent RAND study takes up this topic, explaining that certain fast-changing war circumstances require attributes unique to human cognition. These could include things such as confronting emerging enemy targets, unexpected terrain, air fires and even incoming fire. The advantage, therefore, is to not only precisely replicate the details and dangers of combat, but integrate them with humans capable of making nuanced, subjective determinations.

The RAND study, called “Collective Simulation Based Training in the Army – User Interface, Fidelity, Costs and Training Effectiveness,” stated that… “the need for these behaviors (subjective human decision making) is intensified in military decision-making contexts and in other domains, such as emergency responding, because these situations often lack clear structure; are subject to ambiguous and conflicting information; and require teams to rapidly detect and diagnose problems and implement, monitor, and revise solutions.”

Extending this concept, the RAND study explores the merits of a kind of “collective” training which calls upon a given “cognitive” or “psychological” coordination among soldiers with a particular expertise; extending this reasoning, the study seems to suggest that this kind of simulation helps refine combat-essential decision making skills and foster a certain “web” or “connectivity” of collaborative individuals contributing to an overall effort.

Posing a specific ground-war scenario as an illustrative point, the RAND study says a collective training exercise.. “might entail distribution of direct fires among the four tanks in a platoon or among multiple platoons to ensure complete coverage of enemy targets and engaging the most dangerous threats first. The focus of this training is on coordination among the tanks or platoons in terms of such behaviors as monitoring others’ actions, providing back-up when others are overloaded, and synchronizing actions.”

By drawing from commercial technology, Raytheon developers hope to engineer something that can keep pace with rapid technical advances and maintain an “open architecture”-enabled ability for fast upgrades as new systems or applications emerge. This strategy is also intended to lower developmental costs, Buhl said. “The state of the market can provide great opportunities to get repetitions for soldiers so that when they train in a live environment, they are training at a higher level of proficiency. They can save time and save lives,” Buhl said.

Buhl explained that STE SVT is intended to mitigate some of the costs and complexities associated with the Army’s larger “dome” type simulation systems. “Domes and projectors are very hardware intensive and cost money to sustain. STE SVT is trying to get away from that,” Buhl added.

Unified Challenge will culminate with a report published by the Army’s Futures and Concepts Center.