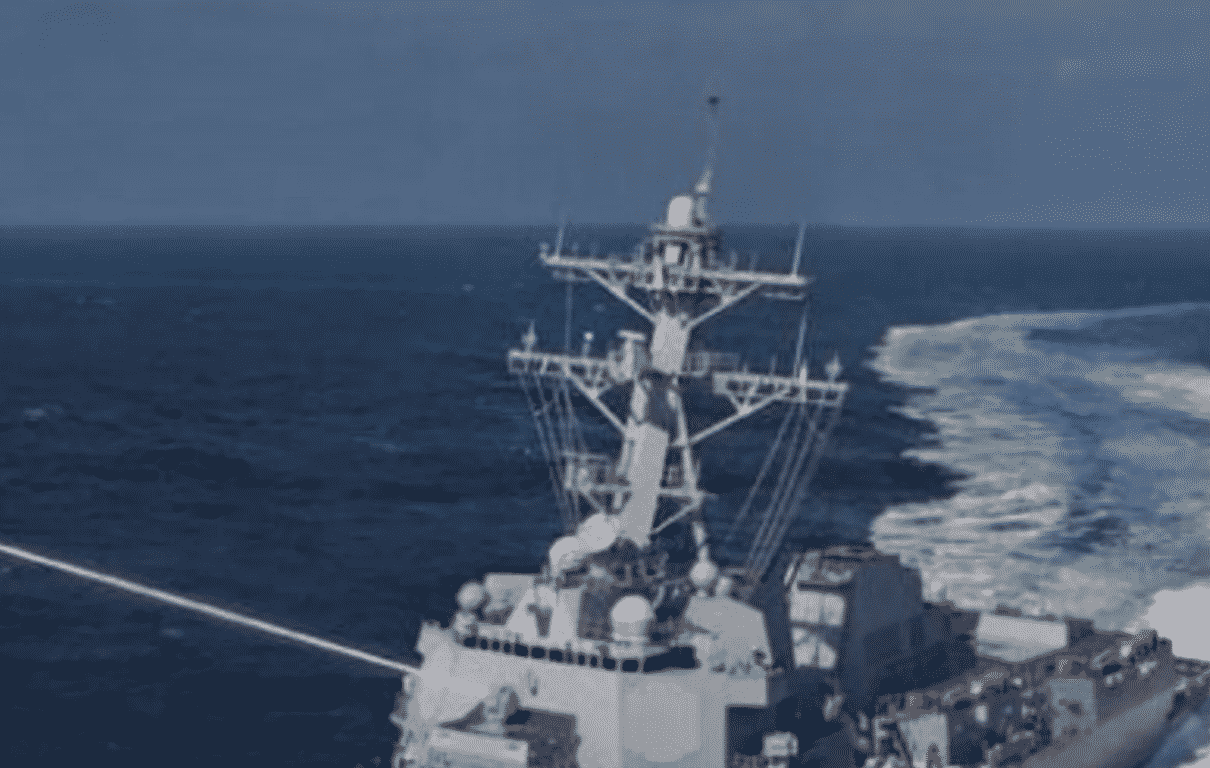 (Washington, D.C.) When the Navy is ready to deploy a new 60kw ship-fired laser weapon from a Destroyer later this year, maritime attack strategy and tactics will enter new dimensions of massive warfare on the open seas.

This means that Navy destroyers will operate with the ability to incinerate enemy drones with great precision at the speed of light, stunning, burning or simply disabling them.

Not only are lasers quiet, low-cost, scalable and precise, but perhaps of even greater significance, they fire at the speed of light. Pure speed, when it comes to ocean warfare, is increasing vital as new technologies enter the sphere of Naval warfare, greatly changing the tactical equation.

“Ubiquitous and persistent sensors, advanced battle networks, and weapons of increasing range and speed have driven us to a more dispersed type of fight …. keeping ahead of our competitors requires us to rapidly field state-of-the art systems. Speed matters,” Chief of Naval Operations Adm. Michael Gilday writes in the just released CNO NAVPLAN.

How might ship-fired laser weapons change tactical dynamics and strategies when it comes to Maritime warfare?

Instead of using expensive interceptor missiles fired from U.S. Navy destroyer Vertical Launch Systems, commanders will now have the option to merely stun, or disable a target without completely destroying or exploding it. Reducing explosive effects, such as those likely generated by SM-2 or SM-6 interceptor weapons, can lower the risk of causing civilian casualties with bomb debris or fragmentation should a scenario unfold in a highly-trafficked ocean environment.

Lasers such as HELIOS also bring a substantial optical component, meaning they can act as a sensor to track targets and help with necessary surveillance missions.

Lasers could also in some instances enable surface warships to close in more fully upon enemy positions, given that deck-mounted guns could be supplemented by laser weapons attacking at the speed of light and engineered to pinpoint narrow target areas with precision-guidance technology.

“HELIOS is designed to be compatible with the ships and integrate seamlessly into ships, cooling systems and power systems. There is operational hardware that integrates into the ship hardware,” Jon Rambeau, Vice President and General Manager, Lockheed Martin Rotary and Mission Systems and Integrated Warfare Systems and Sensors, told Warrior in an interview.