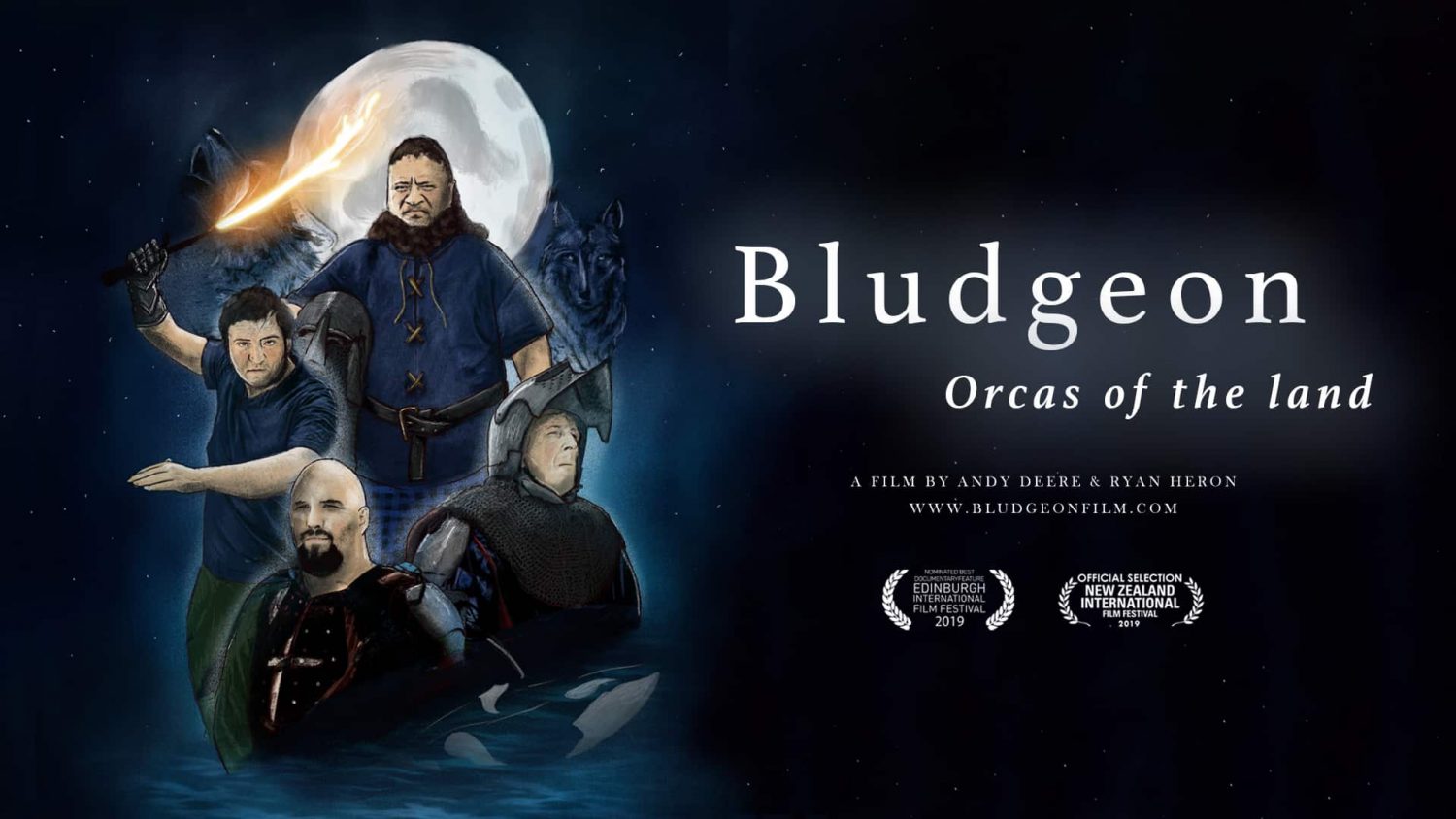 What happens when jocks meet geeks?

Bringing the brutal art of medieval battle fighting into the present day through the enthusiasts who enjoy competing to bludgeon each other to death. Eternally fighting the public’s misconception about their beloved sport the Steel Thorns team are on the front-lines of the fight. Debutante Nick Waiariki is desperate to join the Thorns.

Far from his physical peak, it’s an uphill ride to impress the Champion teams’ leadership. With a surprise last minute selection to the New Zealand team, Nick is catapulted into a storm of passion, politics, and personality. Nick embarks on his first international journey and rides a bumpy road on his quest for glory at the World Championships in Denmark.
Festivals

“…It’s an epic fantasy quest following a band of Kiwi knights who go to the opposite side of the world to fight for national honour.”– Flicks

“…Medieval Combat is very much real and BLUDGEON is the film to watch for an inside look.”– Take One

“…Bludgeon is an amusing movie thanks to its four main characters, their wit and their stories, but crucially, Deere and Heron approach the actual combat with utmost seriousness.”– Hyperallergic